There is a lot more to Turkey than meets the eye — between the beaches and bustling markets lies a wealth of interesting history filled with religious and literary figures, civil war and a multitude of languages. After reading these 15 fun facts about Turkey you probably never knew, discover things not to miss in Turkey.

1. The first ever Christian church was located in Antioch, Turkey

The Grotto of St Peter outside Antioch (now known as Antakya) is believed to have been created by Jesus’ disciple Simon Peter. This makes it the oldest place of Christian worship in the world. You can still visit the church and see the traces of ancient decoration today.

If you’re looking for more churches in Turkey, head to the southeast of the country. Diyarbakır and its surrounding area are peppered with fine religious monuments, such as St. Mary Church. 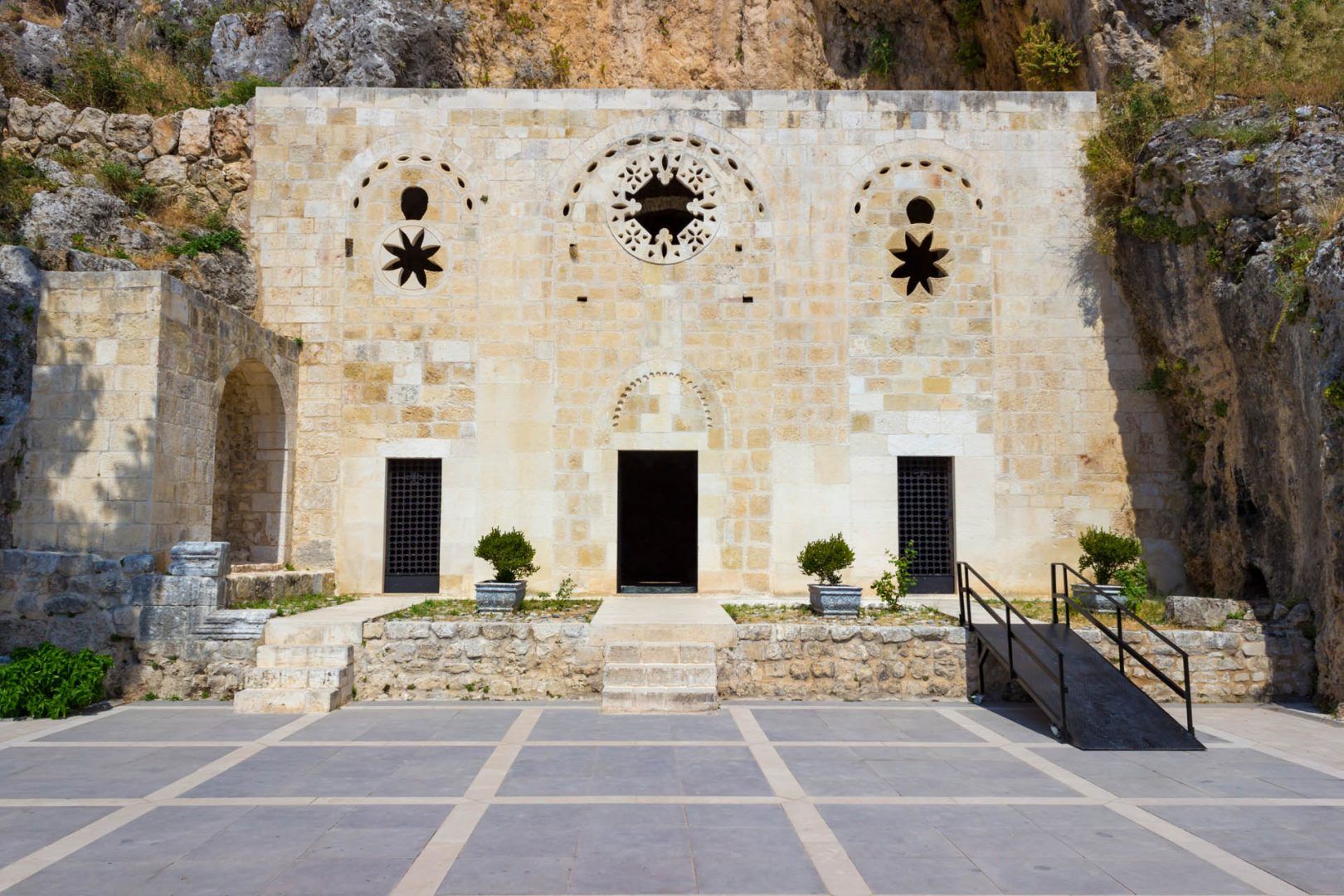 St Nicholas – the historical figure behind the man we know as Santa Claus – was born in Patara, Turkey in around 300 AD. A holy man, people believe he performed many miracles in his lifetime, including saving sailors from sinking ships.

Not only did tales of his generosity become the basis for Santa Claus, but St Nicholas also became one of the patron saints of sailors. The name Santa Claus comes from the dutch ‘Sinter Klaas’, a shortened version of Sint Nikolaas.

Think about taking a local guide with you to learn more about the history of the ruins here. Funnily enough, even though Santa Claus isn’t linked to beaches, Patara is a coastal beach town with 16 kilometres of sand. You can visit Patara Beach from Antalya. Oh, and if it’s beaches you’re after, be inspired by the best beaches in Turkey.

Even with Santa Claus’s origins in Turkey, the country doesn’t traditionally celebrate Christmas as it’s a predominantly Muslim country. Turkey enjoys a wealth of its own religious festivals, the most important one being Ramadan. 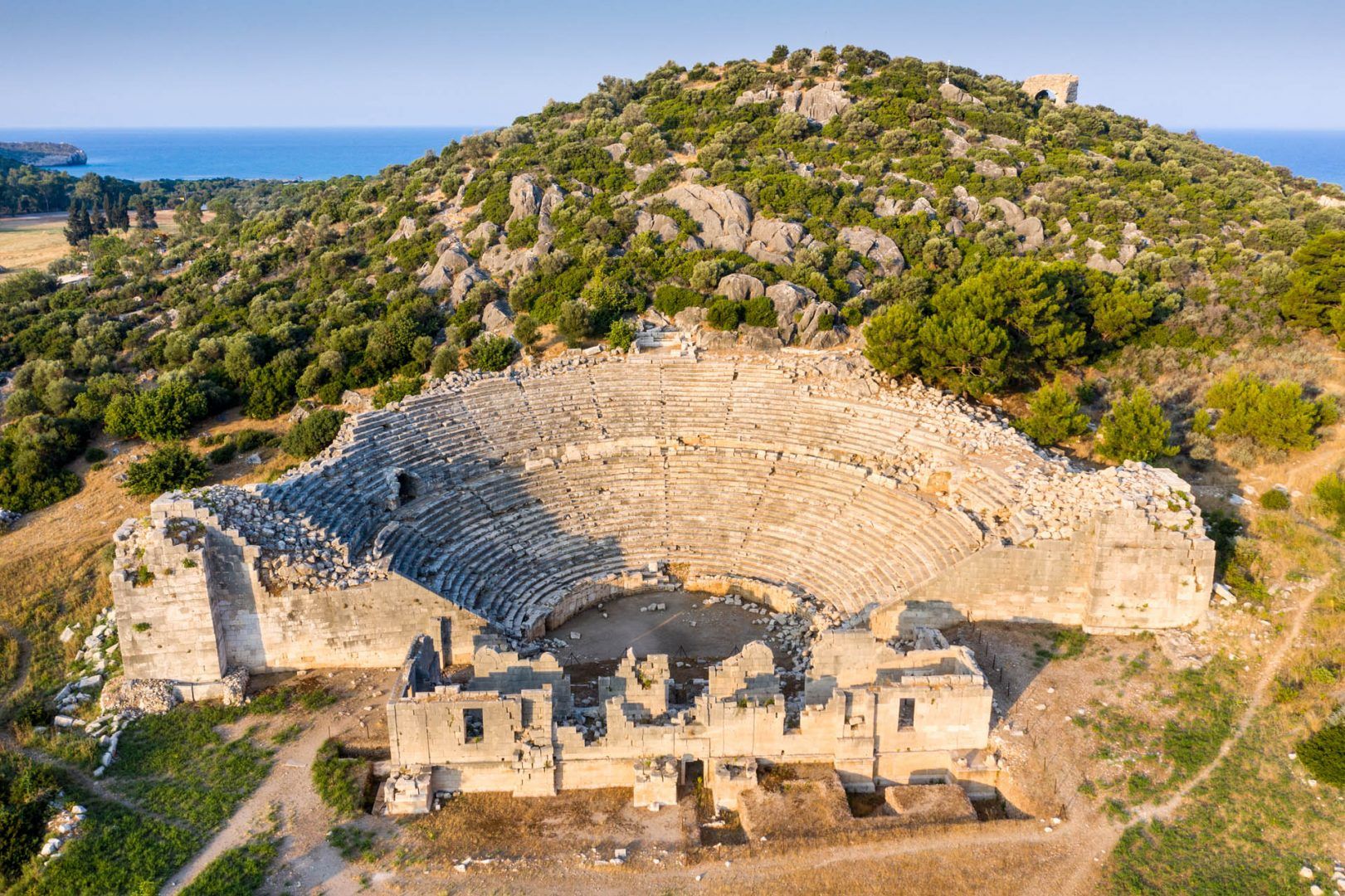 Ruins of the ancient Lycian city in Patara © Fotopanorama360/Shutterstock

3. The country’s official name is actually the Republic of Turkey.

The country now known as the Republic of Turkey was part of the Ottoman Empire until the empire broke up in the aftermath of the First World War. The Turkish War of Independence followed, and then in 1923 came the Republic with Mustafa Kemal Atatürk as the first President.

If you want to learn more about Turkey’s fascinating history, head to the Topkapi Palace in Istanbul. It stands as a great symbol of the Ottoman Empire. The palace complex is open everyday apart from Tuesday.

4. Leonardo da Vinci once designed a bridge across the Golden Horn

In 1503, Leonardo da Vinci submitted plans for a bridge across the Golden Horn – the inlet of the Bosphorus that divides the city of Istanbul (then known as Constantinople). The bridge was never built, although Turkish president Recep Tayyip Erdoğan announced several years ago that a volunteer project was underway to finally realise Da Vinci’s plans.

Learn more about Istanbul with the Pocket Rough Guide Istanbul.

5. Turkey is the birthplace of important historical figures including Aesop, Herodotus and St. Paul the Apostle

Paul the Apostle (originally known as Saul) was born in Tarsus in southern Turkey. Many people believe Aesop, the famed Greek storyteller grew up in Thrace along the Black Sea (now Nesebar). The Greek historian Herodotus was born in what is now Bodrum, a city on the coast. 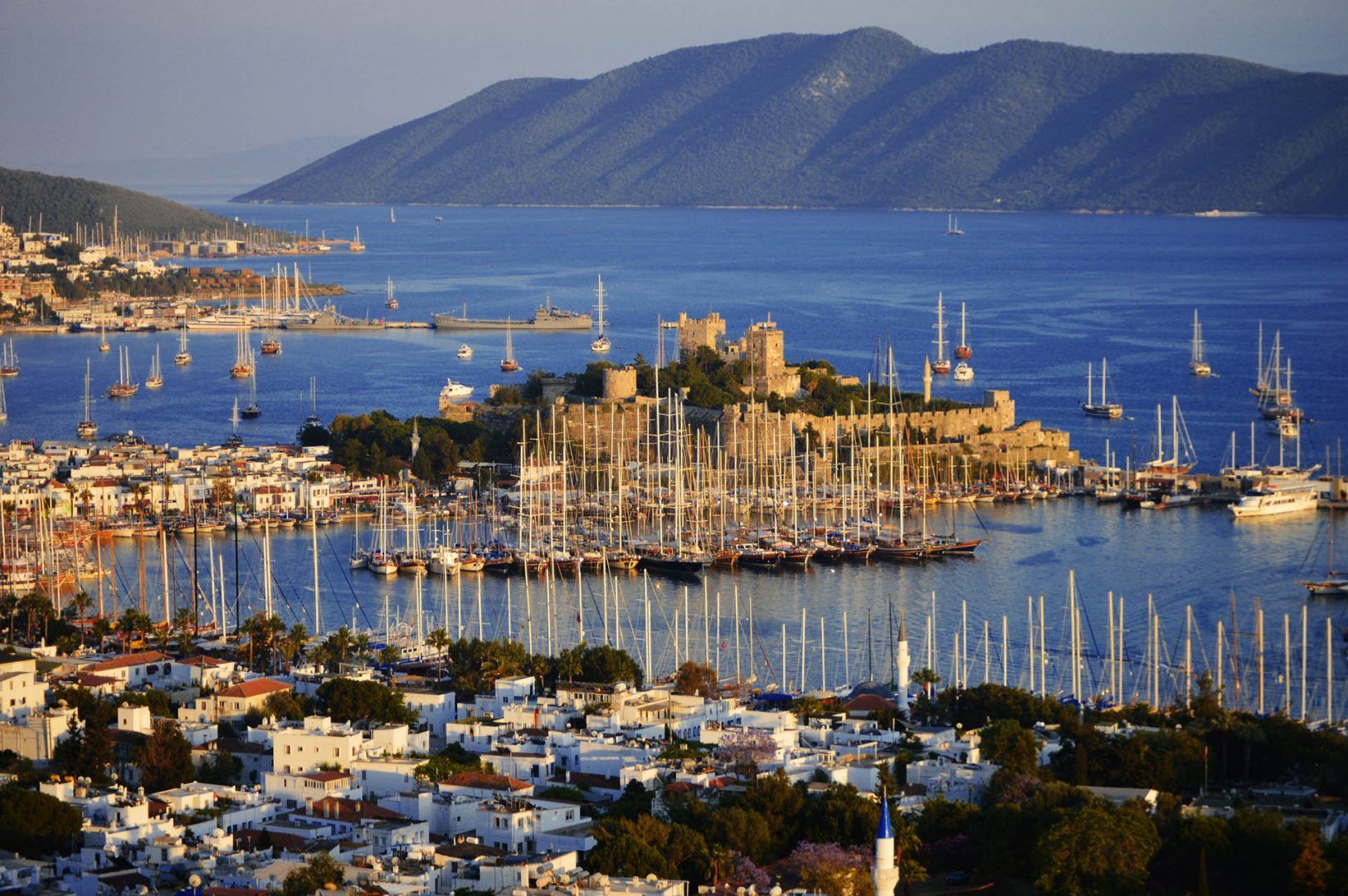 6. Holland has Turkey to thank for Tulipomania

Tulips were first cultivated in the Ottoman Empire. The seeds of Holland’s love for tulips were sown when the Dutch ambassador to the 16th-century court of Süleyman the Magnificent of Turkey returned to Amsterdam with a clutch of tulip bulbs.

In April there is a week-long festival in Istanbul which honours the national flower. There are concerts, arts events and competitions at different spots around the city.

7. Turkey is responsible for 75% of the world’s hazelnut exports

Most of the world’s hazelnuts grow in the Mediterranean basin, in Turkey, Greece, Italy and Spain. Italy is the next largest producer, accounting for almost 20% of the world’s supply. Nuts are commonly used in many Turkish desserts such as baklava.

If you enjoy Turkish food (who doesn’t?) whet your appetite with our A–Z of Turkish cuisine. 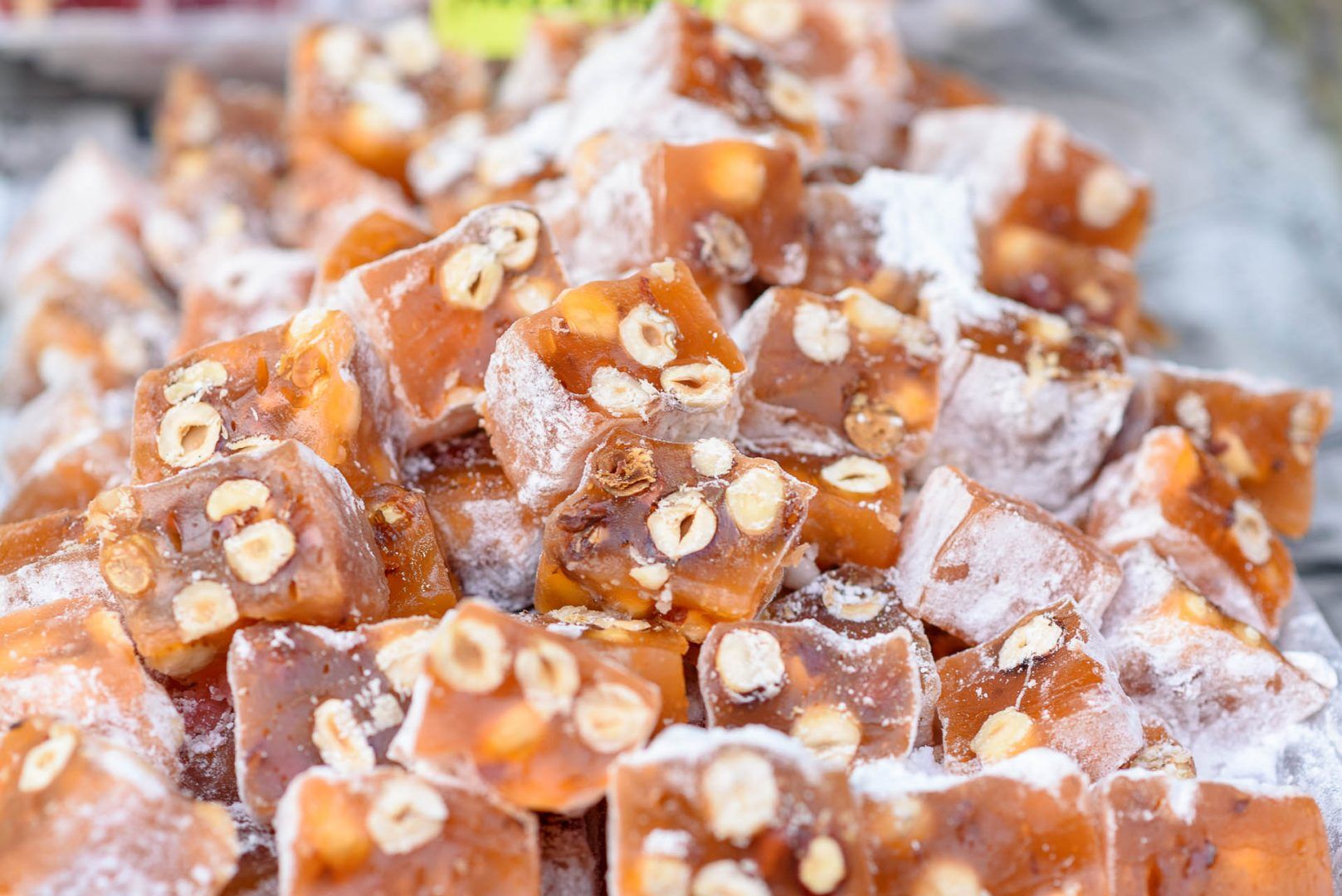 8. There are over 30 languages spoken in Turkey

One of the most interesting facts about Turkey is how many languages are spoken there. Although the official language in the country is Turkish, there are over 30 minority languages spoken across the country, including Kurmanji (Northern Kurdish), Mesopotamian Arabic and Zazaki.

9. “Muvaffakiyetsizleştiricileştiriveremeyebileceklerimizdenmişsinizcesine” is the longest word in Turkish

It roughly translates to As though you are from those whom we may not be able to easily make into a maker of unsuccessful ones and has 70 letters. It’s not in common usage, though — the word was especially derived for a story.

10. It’s officially illegal to wear a Fez in Turkey

The name of the iconic red felt hat with its black tassel comes from Fez in Morocco. That’s where the red dye to colour the hat originated. Mustafa Kemal Atatürk banned the fez in the 1920s as it was seen to symbolise the Ottoman Empire. Though law was never overturned, you’re unlikely to be arrested for wearing one!

Find out more about culture and etiquette in Turkey.

One of the most interesting facts about Istanbul is that it is a city divided in two by the mighty Bosphorus River. Istanbul’s west bank lies on the European continent while the east bank is in Asia. You can walk between the two across the Galata bridge. Only 3% of Turkey is in Europe, the vast majority of the country is on the Asian continent.

If you’re looking to enjoy a break in the city, check out these places to stay in Istanbul, as well as a suggestion for how to spend a day in Istanbul. 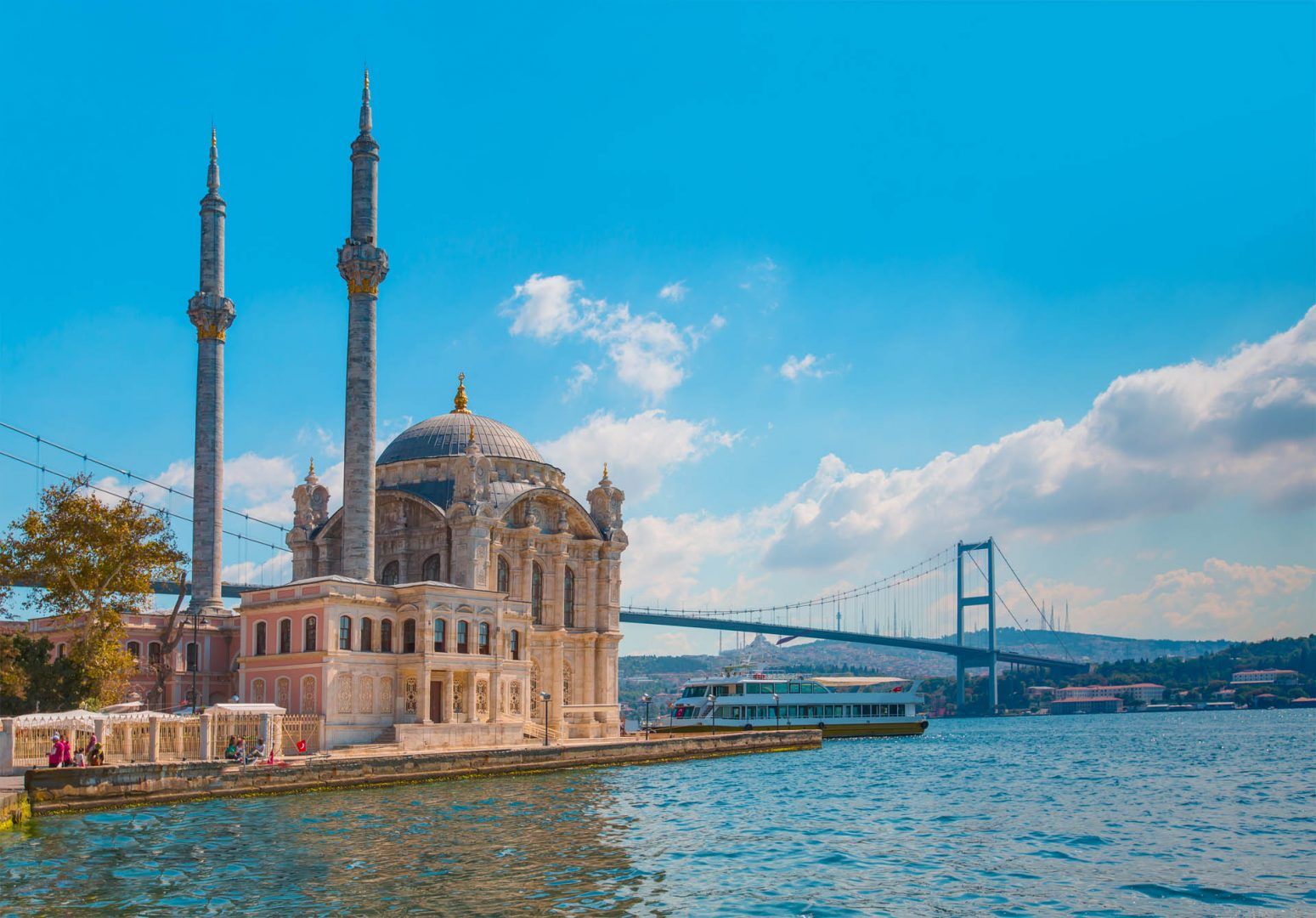 Opened in 1875, the Tünel connects the districts of Karaköy and Beyoğlu and is beaten in age only by the London Underground which opened in 1863. The tunnel is 600 metres uphill between the riverside at Beyoğlu (once known as Galata) and the well-heeled hilltop area Karaköy (once Pera) where many of the city’s banks and embassies were located.

That’s the same as the driving distance between London and Venice. Head to the eastern side of the Black Sea and visit Trabzon. It’s romantic settings and medieval landmarks make it a highlight in the area. While on the western side you can find Sinop which is one the most beautiful parts of the Black Sea coastline.

If you’re planning a coastal holiday in Turkey, discover more about the Black Sea coast, and the Turquoise Coast.

Thinking of enjoying a beach break with kids? Check-out our guide to travelling with children in Turkey. 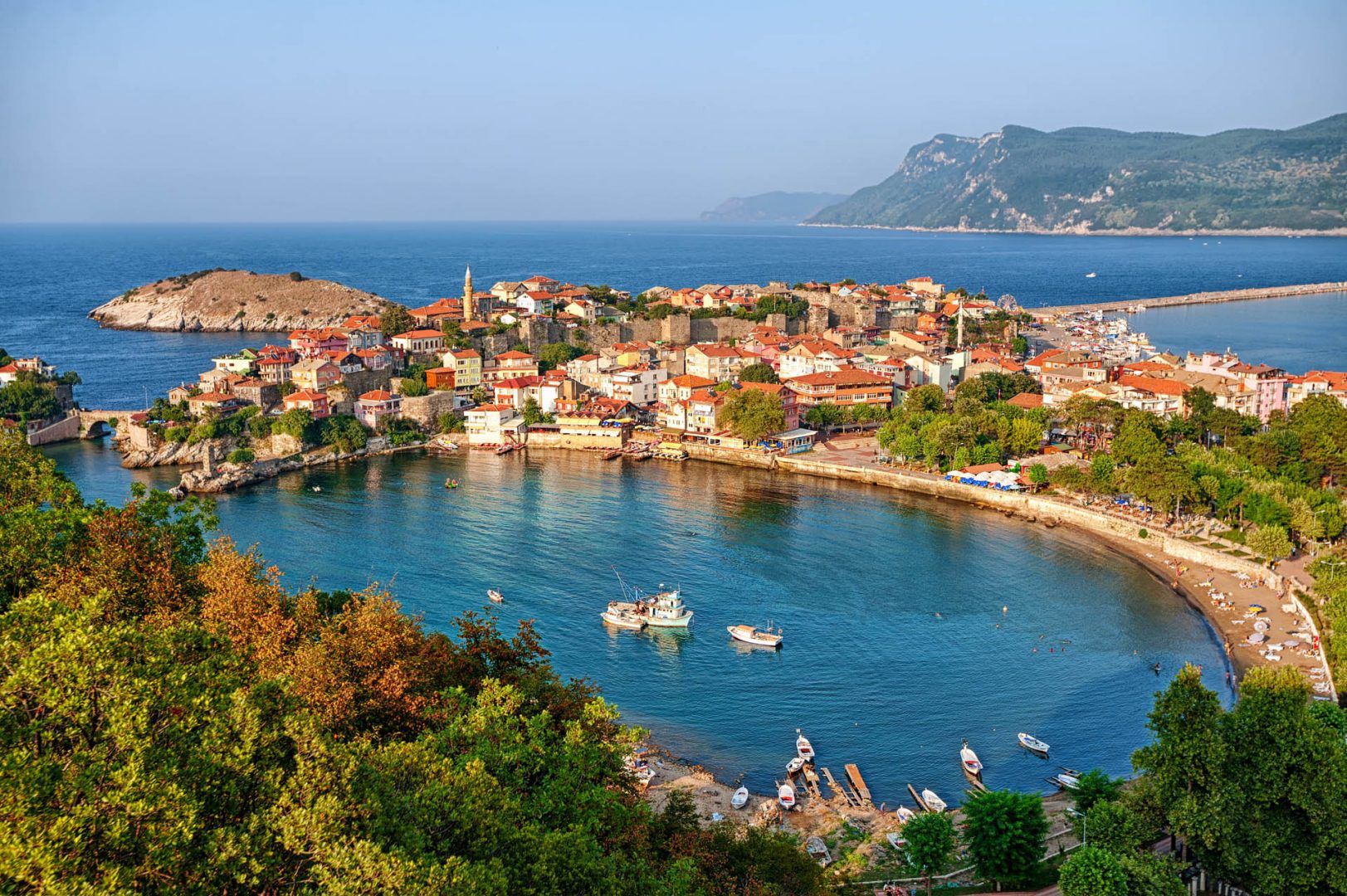 One of the oldest (and largest) markets in the world, the Grand Bazaar welcomes up to 400,000 visitors a day. It’s often described as one of the oldest shopping malls in existence. Consider taking a local guide with you to learn the art of haggling and avoid getting lost. The market is open Monday to Saturday 9am to 7pm.

Find out more about shopping in Turkey. 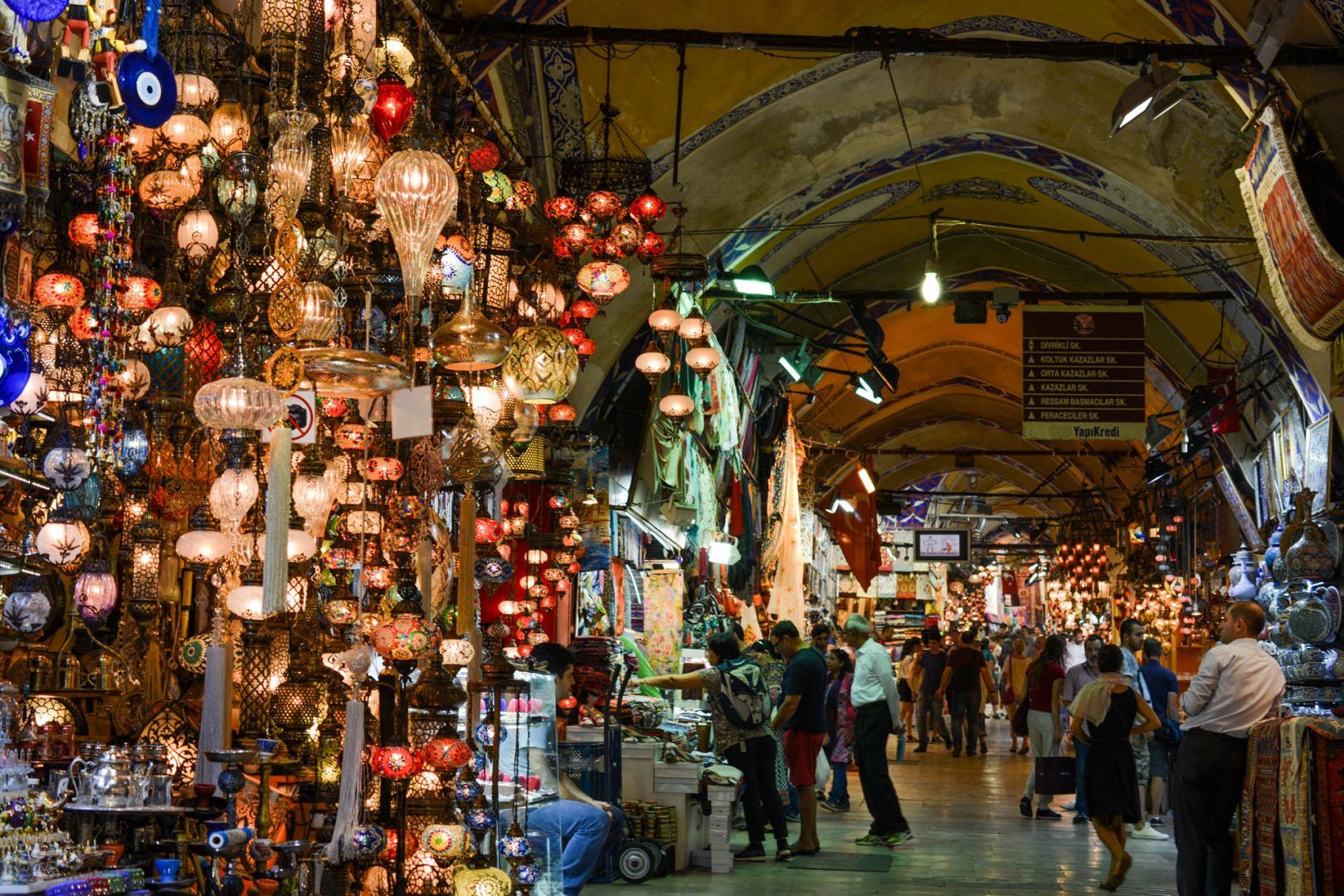 15. Despite the appearance of camels at holiday resorts, the animals are not native to the country

There’s no desert in Turkey, which means no native camels. Despite this, camel trains once crossed the country on the way to trading posts in Africa and Asia. Camel wrestling is also a popular sport in the Aegean region of Turkey.