Pakistan in its over 500-year lifespan has witnessed the evolution of numerous civilizations, including the Persians, Greeks and Hindus. Its location lay at an important junction between Central Asia and the Indian subcontinent, made it something of a cultural melting pot and a desirable site to have control of.

When it comes to ancient history, Pakistan holds its fair share of treasures. One of the most prominent of these is the ancient metropolis of Taxila, a city of the Gandharan civilization and one of its capitals.

Taxila (literally, City of Cut Stone in Sanskrit) itself is made up of a complex of ruins, including the Khanpur Mesolithic cave, several Buddhist monasteries, medieval mosques and four settlements called Bhir, Sirkap, Saraidala and Sirsukh.

In particular, Bhir was probably the earliest settlement in Taxila and in its excellent condition, boasts street structures, house foundations and stone walls. Alexander the Great conquered Bhir during his victorious route through Taxila. This is are the top 10 facts about Taxila historical site. 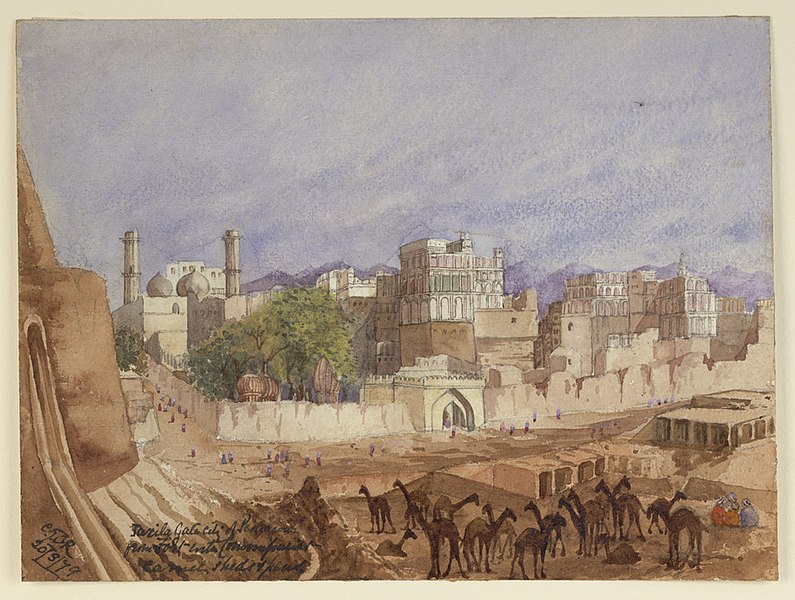 Taxila was founded around 1,000 BC with some ruins dating back to the time of the Persian Achaemenid Empire (the empire that invaded Greece and fought the 300 Spartans).

The Achaemenid Empire was followed in Taxila by the Mauryan Empire, Indo-Greek, Indo-Scythian, and Kushan Empire periods. These and other empires vied for control of the city due to its important position on great ancient trade routes.

Its prosperity in ancient times resulted from its position at the junction of three great trade routes, one from eastern India, described by the Greek writer Megasthenes as the “Royal Highway”, the second from western Asia; and the third from Kashmir and Central Asia. When these routes ceased to be important, the city sank into insignificance and was finally destroyed by the Huns in the 5th century

Image by Unknown author from Wikimedia

Major General Sir Alexander Cunningham KCIE CSI was a British Army engineer with the Bengal Engineer Group who later took an interest in the history and archaeology of India.

In 1837 Cunningham excavated at Sārnāth, outside Vārānasi (Benares), one of the most sacred Buddhist shrines, and carefully prepared drawings of the sculptures. In 1850 he excavated Sānchi, the site of some of the oldest surviving buildings in India.

The long-lost city was only rediscovered by him mid-19th century. In the early 19th century, it was not known where Taxila was despite a number of mentions in ancient Indian texts. A number of sites were considered. The lost city of Taxila, however, was not identified until 1863-64.

3. Texila was at the Crossroads of Ancient Trade Routes

Historically, Taxila lay at the crossroads of three major trade routes: the royal highway from Pāṭaliputra; the north-western route through Bactria, Kāpiśa, and Puṣkalāvatī (Peshawar); and the route from Kashmir and Central Asia, via Śrinigar, Mānsehrā, and the Haripur valley across the Khunjerab Pass to the Silk Road.

The prosperity in ancient times resulted from its position at the junction of three great trade routes mentioned above: one from eastern India, described by the Greek writer Megasthenes as the “Royal Highway”; the second from western Asia; and the third from Kashmir and Central Asia. When these routes ceased to be important, the city.

4.  Texila is a City of many Legends

Image by an unknown author from Wikimedia

Legend has it that Taksha, an ancient Indian king who ruled a kingdom called Taksha Khanda (Tashkent) founded the city of Takshashila. The word Takshashila, in Sanskrit, means “belonging to the King Taksha.” Taksha was the son of Bharata and Mandavi, historical characters who appear in the Indian epic Ramayana.

In the Indian epic Mahābhārata, the Kuru heir Parikṣit was enthroned at Taxila.

Ahmad Hasan Dani and Saifur Rahman Dar trace the etymology of Taxila to a tribe called the Takka. According to Damodar Dharmanand Kosambi, “Taxila” is related to “Takṣaka,” which means “carpenter” and is an alternative name for the Nāga.

5. Texila was an Ancient Centre of Learning

Some scholars date Takshashila’s existence back to the sixth century B.C.E. or seventh century B.C.E. It became a noted centre of learning at least several centuries before Christ, and continued to attract students from around the old world until the destruction of the city in the fifth century C.E.

Generally, a student entered Takshashila at the age of 16. The Vedas and the Eighteen Arts, which included skills such as archery, hunting and elephant lore, were taught, in addition to its law school, medical school and school of military science.

6.  Texila was a meeting point for many Religions 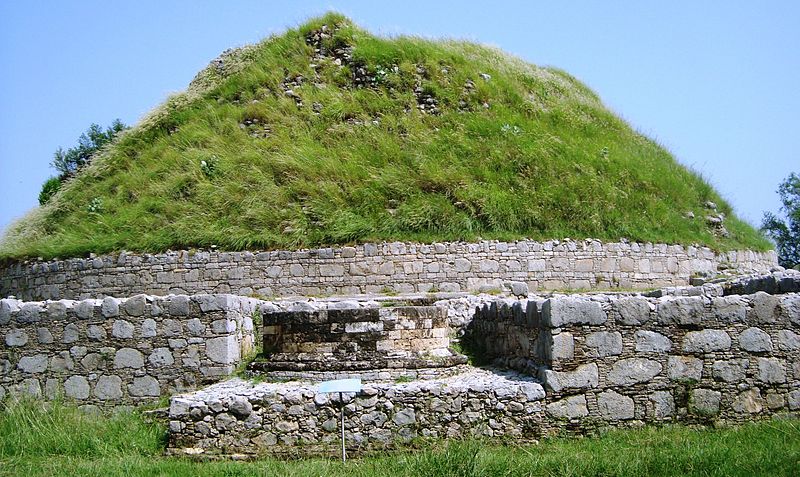 Image by Ibnazhar from Wikimedia

Takshashila is considered a place of religious and historical sanctity by Hindus and Buddhists. The former do so not only because, in its time, Takshashila was the seat of Vedic learning.  The strategist, Chanakya, who later helped consolidate the empire of Emperor Chandragupta Maurya, was a senior teacher there.

The institution is very significant in Buddhist tradition since it is believed that the Mahāyāna sect of Buddhism took shape there.

Taxila was a hub of Buddhism, an urban metropolis and a meeting point of various cultures, namely the Achaemenids, Greeks, Mauryans, Scythians, Parthians, Kushans, Huns and eventually the Muslims.

7. Presently it is a sub-district in Rawalpindi District

At the moment Taxila is one of the seven Tehsils (sub-district) of Rawalpindi District. It is spread over an undulating land in the periphery of the Pothohar Plateau of Punjab. Situated just outside the capital Islamabad’s territory and communicating with it through Tarnol Pass of Margalla Hills.

Taxila is a mix of posh urban and rustic rural environs. Urban residential areas are in the form of small neat and clean colonies populated by the workers of heavy industries, educational institutes and hospitals that are located in the area. 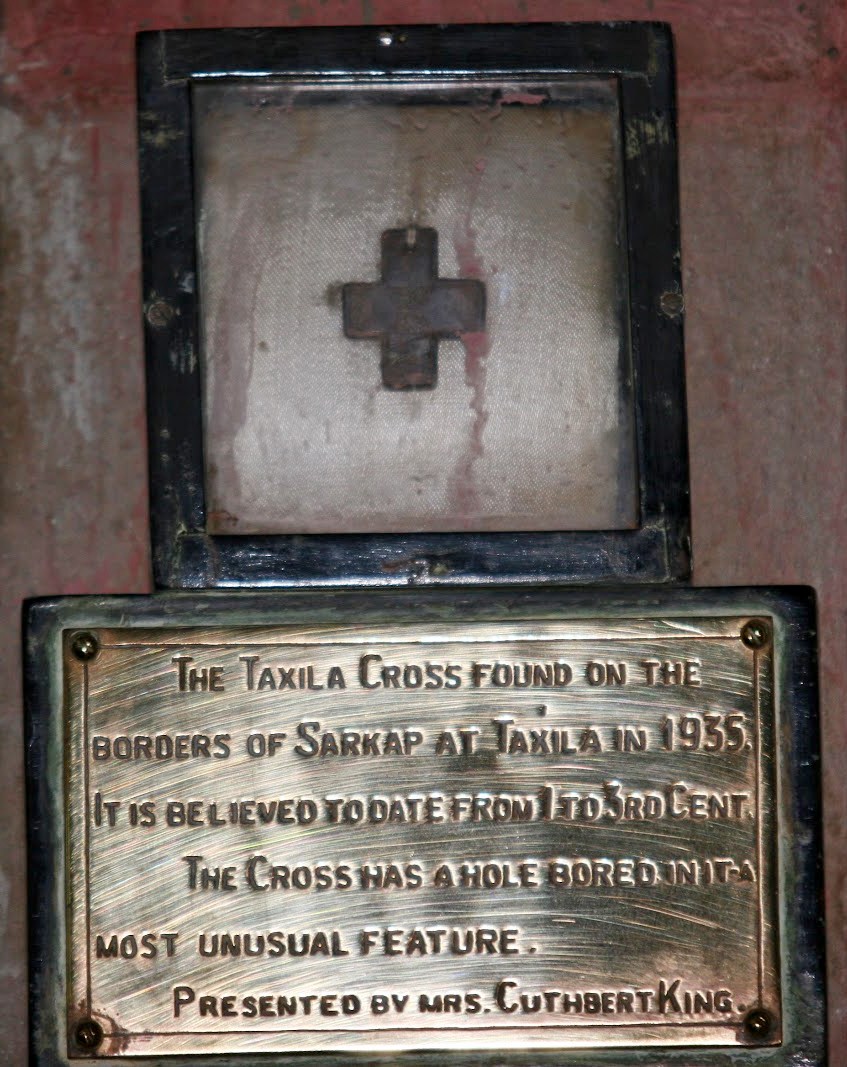 Image by Salman Rashid from Wikimedia

In addition to the ruins of the Gandhara civilization and ancient Buddhist/Hindu culture, relics of Mughal gardens and vestiges of the historical Grand Trunk Road, which was built by Emperor Sher Shah Suri in the fifteenth-sixteenth centuries, are also found in the Taxila region.

When visiting the site, plan to spend time discovering the Taxila Museum as well. Browse a great collection of Gandharan Art (a blend of Greek and Buddhist art). See a rare collection of utensils, jewellery, toys, and pottery and learn about the daily life of the people of ancient Taxila now long gone.

Taxila Museum, dedicated mainly to the remains of the Gandhara civilization, is also worth visiting. A hotel of the tourism department offers reasonably good services and hospitality to the tourists. 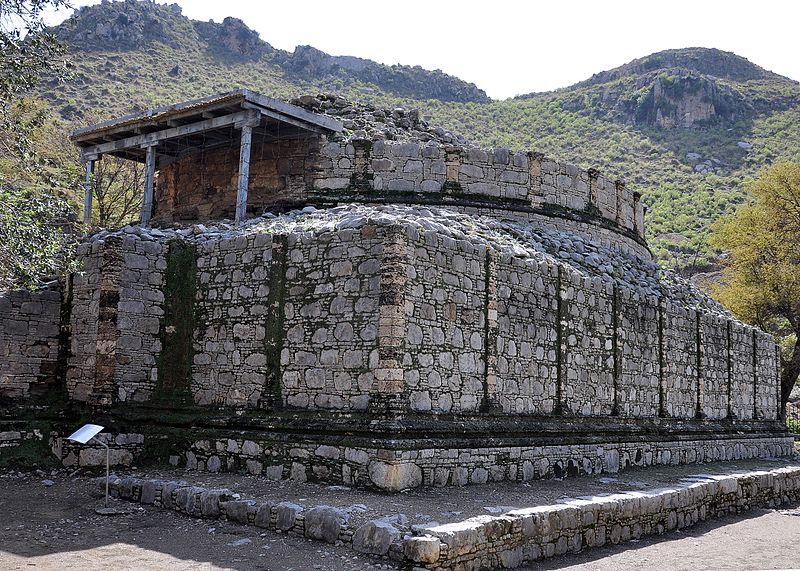 image by Furqanlw from Wikimedia

Taxila was among the first sites to be granted World Heritage status in 1980 and is today one of the top-ranked tourist destinations in Pakistan.

A World Heritage Site is a landmark or area with legal protection by an international convention administered by the United Nations Educational, Scientific and Cultural Organization. World Heritage Sites are designated by UNESCO for having cultural, historical, scientific or other forms of significance.

Taxila is Visited by around 1 million people a year.

10.  Texila was once Conquered by Alexander the Great

image by Theophilos Hatzimihail from Wikimedia

Alexander the Great was one of the most fearsomely successful military leaders in history. In 336 BC he inherited the crown of Macedon aged just 20, going on to conquer vast territories, even as far east as India.

Bhir was probably the earliest settlement in Taxila and in its excellent condition, boasts street structures, house foundations and stone walls. Alexander the Great conquered Bhir during his victorious route through Taxila. This is are the top 10 facts about Taxila historical site