Rawalpindi, city, Punjab province, northern Pakistan. It was the capital of Pakistan from 1959 to 1969. The city lies on the Potwar Plateau 9 miles (14 km) southwest of Islamabad, the national capital.

Rawalpindi (“Village of Rawals”) occupies the site of an old village inhabited by the Rawals, a group of yogis (ascetics). Certain ruins on the site are identified with the ancient city Gajipur, or Gajnipur, the capital of the Bhatti tribe before the Common Era. Destroyed during the Mongol invasion (14th century CE), the town was restored by the Gakhar chief Jhanda Khan, who gave it its present name. It grew rapidly in importance when Milka Singh, a Sikh adventurer, occupied it in 1765 and invited settlers from the Jhelum and Shahpur areas to settle there. It was annexed by the British in 1849. 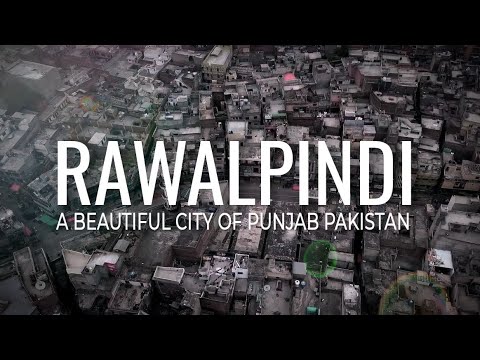 The Leh River separates the city from the cantonment (permanent military station), and a satellite town has been built on the Murree Road. Rawalpindi is an important administrative, commercial, and industrial centre. Its industries include locomotive works, gasworks, an oil refinery, sawmills, an iron foundry, a brewery, and cotton, hosiery, and textile mills; it also produces shoes, leather goods, pottery, newsprint, and tents. An annual horse fair is held in April. Rawalpindi was incorporated as a municipality in 1867 and contains Ayub National Park, Liaqat Gardens, a polytechnic school, a police-training institute, an armed forces medical college, and several colleges affiliated with the University of the Punjab. It is also the Pakistan army headquarters.

Rawalpindi is the starting point of the route into Kashmir and is connected by the Grand Trunk Road, rail, and air with the cities of Peshawar and Lahore and by rail and air with Karachi.

Wheat, barley, corn (maize), and millet are the chief crops grown in the surrounding area. The nearby Rawal Dam, on the Kurang River, completed in 1961–62, provides Rawalpindi and Islamabad with water.

In ancient times the locality formed part of Gandhara and was included in the Achaemenid Persian empire. The ancient city of Taxila has been identified with ruins located near Shahderi, northwest of Rawalpindi. Mankial, south of Rawalpindi, is a Buddhist stupa site (3rd century BCE). Pop. (2007 est.) urban agglom., 1,858,000.