Don’t say that you haven’t heard the name of Quaid-e-Azam, as he is not such a personality, who can be easily forgotten. Quaid-e-Azam is the founder of Pakistan. He was a great Muslim leader of the twenty century and the first Governor-general of Pakistan. He has got such deep political insights that even his opposites admired him for his qualities.

Many people want to know much more about him besides his political career so we are here with the 8 interesting facts about your favorite celebrity which will surely amaze you!

Jinnah opened his eye in a rented apartment on the second story of Wazir Villa in Karachi, Pakistan (then part of India), on December 25, 1876. At the moment of his birth, Jinnah’s documented name was Mahomedali Jinnahbhai. The firstborn of his parents’ seven children, Jinnah was underweight and looked weak at the time of his birth. But Jinnah’s mother, Mithibai, was confident that her sensitive newborn would one day achieve great things. Jinnah’s father, Jinnahbhai Poonja, was a trader and exporter of wool, cotton, grain and range of other supplies. The family belonged to the Khoja Muslim sect

When Jinnah was 6 years old, his father admitted him in the Sindh Madrasatul-Islam School. Jinnah was not a model student. He was more fascinated in playing outside with his friends than concentrating on his studies. As an owner of a flourishing trade business, Jinnah’s father emphasized the significance of learning mathematics, but, oddly, arithmetic was among Jinnah’s most disliked subjects.

There are some amazing facts about Quaid e Azam Muhammad Ali Jinnah, that are difficult to find in course books but are essential for the young generation to know. Because he is ‘Baba e Qaum’ Father of Nation.

Things you don’t know about Quaid-e-Azam

Very few people might know this interesting fact about him that he was the
youngest lawyer of his time in India. He passed the law exam at only 20 and
started his glorious career as one of the most famous and expensive lawyers.

2. His documented name at birth

It must be quite an interesting fact for all of you that Quaid-e-Azam, at the
moment of his birth, was named Mahomedali Jinnahbhai. Later he was called
Muhammad Ali Jinnah and the Nation call him Quaid-e-Azam.

3. Very weak and underweighted on his birth

We are quite sure that you are not aware of the fact that he was very weak and
underweight at the time of his birth and doctors were not very confident about
his life. But her mother was sure that one day his son would do something
great! 4. His exceptional and classy fashion sense!

It is quite an amazing fact about him that his fashion sense was just classy by
all means. he didn’t even wear the same tie twice in a courtroom. He always
maintained his formal dressing no matter what the scenario was.

Very few people might know that he was not a boring personality at all as
normally people see him. Muhammad Ali Jinnah seriously tried to be a part of a
theater group in London as he was interested in the theater plays at that time
But, his father opposed him so he gave up the idea and ultimately, continued
his law practice.

Very few people might know this interesting fact about him that he was a great
billiard player and practiced it regularly. It was his most favorite game and his
skills in it were just outstanding.

7. Most expensive lawyer of his Time

It must be quite an interesting fact about him that Jinnah was one of the most
costly and most sought-after lawyers of his time, earning around Rs1,500/ case.
No one could reach his sense of law matters and the wise strategy to solve the
difficult cases. 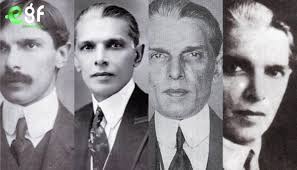 8. His early marriage before departing for London

His mother married him to his cousin, Emmi Bai before he went to London. Her
wife died a few weeks later and it was one of the hidden and painful secrets of
his life which he didn’t share with the people.

9. Jinnah had in-fact an Excellent Sense of fashion

Quaid-e-Azam had a keen sense of fashion. Different sources indicate that he never wore the same tie twice in a court room. Even on the death bed he maintained his formal dressing. This is the most amazing fact about Quaid’s life and about his personality.

10. This is Youngest Indian to Pass the Examination of Law

In 1896, Quaid e Azam Muhammad Ali Jinnah was the youngest Indian to pass out the examination of law in Britain. He was also the only Muslim Barrister in Bombay whilst he was only 20 years old.

11. A Marriage That Persisted for a Few Weeks

Another reality of Quaid’s life is that, Soon after his first marriage with his cousin ‘Embai’, Jinnah went for England to complete his studies. Though, Emibai passed away only a few weeks soon after and consequently, the marriage did not last for too long. This can be the most hidden but a very harsh fact of his life.

At one point, Muhammad Ali Jinnah seriously tried a career shift and even reached a theater group in London. But, on his father’s insistence he gave up the idea and ultimately, continued his law practice.

13. Has a Street in Turkey Entitled on his Name

In Ankara it is a fact that there is a road named after Quaid e Azam Muhammad Ali Jinnah. It is called “Cinnah Caddesi”. Cinnah is the Turkish manner of denoting Jinnah.

14. He did not wear same tie twice ever, in his life

Jinnah was an elegant gentleman and he never wore the same tie twice. Even on his deathbed it is a proven fact that he vowed to be properly dressed stating: “I will not travel in my nightclothes.”

15. His political decisions were as accurate as his snooker shots

Saadat Hasan Manto penned in his book, Jinnah: “As in billiards, he would assess the situation from each angle and only take step, when he was sure he would get it precise the first time.” Jinnah was one of the most costly and most sought after lawyers of his time, earning about Rs1,500/ case. The most fascinating reality about his life is that, Governor General of Pakistan, on the other hand, fixed his salary at Rs1/ month as the Governor General of Pakistan. The justification being, he didn’t want to indebt the emerging state with financial liability.