Kashmir is one of the most sought-after travel destination by people all over the world, as this region is blessed with a wonderful climate, natural beauty, and a rich diversity of plant and animal life. Pristine lakes, colourful flowers, and calming greens beautify the landscape of Kashmir and adding to the splendour of this place are the snow-capped Himalayan ranges. Here we present some interesting and important facts about Kashmir that everyone should know.

Amazing Facts about Jammu and Kashmir

Why is Kashmir called Kashmir, and what was its old name? A legend says that the land that presently comprises Kashmir, was reclaimed from a lake by a Vedic saint called Kashyapa. That land came to be called Kashyapamar and later as Kashmir. It is believed that Kashmir could have been derived from kashyapa-mir, which means Kashyapa’s lake or from kashyapa-meru, which means Kashyapa’s mountain. The word Kashmir is derived from the ancient Sanskrit language and was called ‘kasmira’.

The history of Kashmir is interesting. Historically, Kashmir denoted the Kashmir Valley, but today, it refers to the entire area that includes Indian-administered UTs of Jammu and Kashmir and Ladakh, the Pakistan-administered regions of Azad Kashmir and Gilgit-Baltistan as well as the regions of Aksai Chin and Trans-Karakoram Tract that are administered by China. In the first half of the 1st millennium, Hinduism and Buddhism arose in Kashmir, followed by Shaivism in the 9th century. The timespan between 13th and 15th centuries saw the Islamization of Kashmir and Muslim rule prevailed in the region for five centuries starting from 1339. 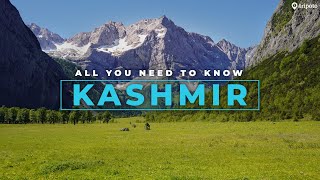 A lesser-known fact about Jammu and Kashmir is that Emperor Jehangir gave it the nickname Paradise on Earth.

What is unique about Jammu and Kashmir and what is it famous for? The uniqueness of Jammu and Kashmir lies in its being the northern-most state of India and owing to its natural beauty, it has got the nickname Heaven on Earth or Paradise on Earth. Apart from the scenic beauty, Kashmir is world famous for the jaw-dropping Himalayan ranges, beautiful lakes, old monuments, saffron, apples, and handicrafts.

Houseboats, which are a distinct feature of Kashmir, have an interesting history. It is said that the Dogra king of Kashmir had disallowed the British from building houses in the valley. They found a way out and built houseboats. After India achieved independence, the Kashmiri Hanjis built and maintained these houseboats. There are two more stories of how houseboats came into being. One says that a shopkeeper, with the intent to protect his shop from fire, built it on a boat, which further led to the concept of a houseboat. The other story says that someone called MT Kennard built a floating house, from which the idea of houseboats emerged.

What is the famous food of Kashmir? Rice and meat are the main foods consumed by Kashmiris. Among the signature dished in Kashmir’s cuisine are Rogan Josh, Nadru Yakhni, Goshtaba, Kashmiri Dum Aloo and Modur Pulav. Wazwan, a multi-course meal prepared for special occasions and festivals is integral to Kashmiri culture.

Things to do in Kashmir range from trekking in the Himalayas and river rafting in Lidder and Sindh rivers, to golfing, riding the gondola, exploring the Kashmiri cuisine, and shopping for exquisite pieces of local handicrafts. Some of the must-do things in Kashmir are staying on a houseboat and riding in a shikara.

The most popular tourist destinations in Kashmir are Srinagar, Pahalgam, Sonamarg and Gulmarg. Old temples, shrines, the Mughal gardens and lakes in Kashmir are among the best places to visit when here.

Why is Kashmir important to India? Kashmir is a bridge between South Asia and Central Asia. For India, it is the only direct route to Central Asia, and through that region, to Europe. It is an important travel destination for visitors across the globe. It is among the largest exporters of saffron and apples and Kashmiri handicrafts are popular in the global market. The strategic importance of Kashmir is that it is vital to the security as its northern regions give direct access to north-west Pakistan and northern Punjab. 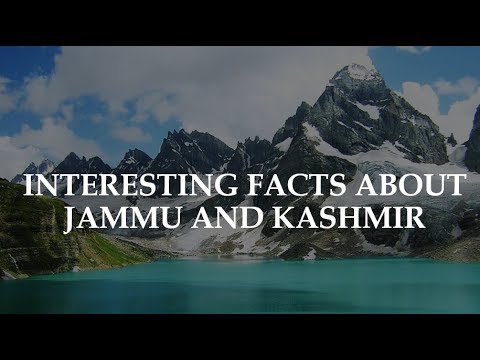 Some More Interesting Facts about Kashmir