More Fascinating Facts About Your Heart 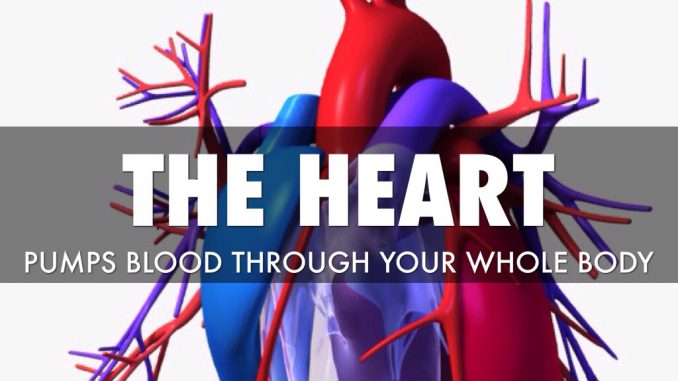 Your Heart Pumps About 1.3 Gallons of Blood in One Minute

Your Heart Starts Beating Between 3 and 4 Weeks After Conception

The human heart starts to beat a few weeks after fertilization takes place. At 4 weeks, the heart beats between 105 and 120 times per minute.

Couples’ Hearts Beat as One

A University of California at Davis study has shown that couples breath at the same rate and have synchronized heart beats. In the study, couples were connected to heart rate and respiration monitors as they went through several exercises without touching or speaking to each other. The couples’ heart and breathing rates tended to be synchronized, indicating that romantically involved couples are linked on a physiological level.

Your Heart Can Still Beat Apart From Your Body

Unlike other muscles, heart contractions are not regulated by the brain. Electrical impulses generated by heart nodes cause your heart to beat. As long as it has enough energy and oxygen, your heart will continue to beat even outside of your body.

The human heart may continue to beat for up to a minute after removal from the body. However, the heart of an individual addicted to a drug, such as cocaine, can beat for a much longer period of time outside of the body. Cocaine causes the heart to work harder as it reduces blood flow to the coronary arteries that supply blood to the heart muscle. This drug increases heart rate, heart size, and can cause heart muscle cells to beat erratically. As demonstrated in a video by American Medical Center MEDspiration, the heart of a 15-year cocaine addict beat for 25 minutes outside of his body.

Heart Sounds Are Made by Heart Valves

The heart beats as a result of cardiac conduction, which is the generation of electrical impulses that cause the heart to contract. As the atria and ventricles contract, the closing of the heart valves produces the “lub-dupp” sounds.

A heart murmur is an abnormal sound caused by turbulent blood flow in the heart. The most common type of heart murmur is caused by problems with the mitral valve located between the left atrium and left ventricle. The abnormal sound is produced by the back flow of blood into the left atrium. Normal functioning valves prevent blood from flowing backward.

About 20% of blood flow goes to the kidneys. The kidneys filter toxins from the blood which are excreted in urine. They filter about 200 quarts of blood per day. Consistent blood flow to the brain is necessary for survival. If blood flow is interrupted, brain cells can die within a matter of minutes. The heart itself receives about 5% of cardiac output through the coronary arteries.

A Low Cardiac Index Is Linked to Brain Aging

Researchers from the University of Washington have uncovered more clues as to how heart arteries may become blocked over time. By studying blood vessel walls, it was discovered that blood cells move closer together when they are in areas where blood flow is swift. This clinging together of cells reduces the loss of fluid from blood vessels. The researchers noted that in areas where blood flow is slow, there tends to be more leakage from arteries. This leads to artery blocking cholesterol buildup in those areas.