Fact 1: Global warming is the result of an increase in the earth’s average surface temperature due to greenhouse gases like carbon dioxide and methane. These gases are required for the presence of human life on earth. However, global warming is happening due to the over-emittance of these gases.

Fact 2: Emissions like carbon dioxide, nitrous oxide, and other greenhouses gases will remain in the atmosphere for many years, making it impossible to eliminate global warming for several decades.

Fact 3: According to the IPCC 2007 report, sea levels will rise by 7-23 inches by the end of this century due to global warming.

Fact 4: Since 1880, the average temperature has risen by 1.4-Fahrenheit degrees.

Fact 5: The last two decades of the 20th century have been hottest in the past 400 years, according to climate studies.

Fact 6: The Arctic is one of the worst places to be affected by global warming.

Fact 7: According to the multinational Arctic Climate Impact Assessment report compiled between 2000 and 2004, the average temperature in Alaska, Western Canada, and Russia have risen at twice the global average.

Fact 8: The Arctic ice is melting rapidly. By 2040 the region is expected to have a completely ice-free summer or even earlier.

Fact 9: The Montana Glacier National Park has only 25 glaciers instead of 150 that were there in the year 1910.

Fact 10: Due to global warming and pollution, coral reefs are suffering the worst bleaching with the highest dying record since 1980.

Fact 11: Global warming that is causing extreme weather changes has shown its implications in the way of forest fires, heatwaves and severe tropical storms throughout the world.

Fact 12: There has been a tremendous increase in water vapor, carbon dioxide, methane, nitrous oxide and other greenhouse gases due to polluting substances emitted as a result of industrialization, pollution, deforestation.

Fact 13: Humans are emitting more carbon dioxide in the atmosphere, faster than the absorbing rates of plants and the oceans.

Fact 14: Sea levels have risen about 7 inches in the last 100 years, which is more than the previous 2000 years combined. The rising sea levels due to global warming could threaten the lives of people living along with the coastal areas.

Fact 15: Around 100 million people live with 3 feet of sea level, and many cities of the world are located near such vulnerable coastal areas.

Fact 16: Melting of glaciers will cause sea levels to rise, on the one hand, and water shortages in areas that depend on natural sources of water on the other.

Fact 17: More than 1 million species have become extinct due to disappearing habitats, ecosystems, acidic oceans, all caused due to global warming.

Fact 18: Global warming will completely alter the ocean’s conveyer belt, which will cause a mini ice age in Europe. 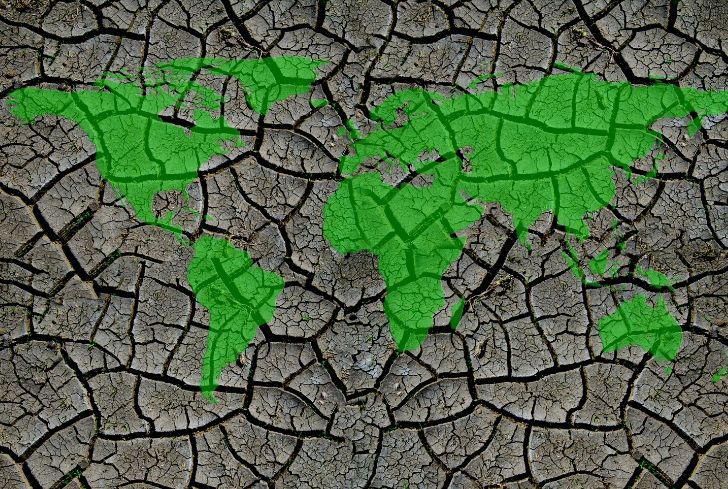 Fact 21: The rate at which carbon dioxide is being dumped into the environment is 1000 tons per second until the 2011 records.

Fact 23: Due to the industrial revolution, the burning of fossil fuels like coal, oil, and gas started on a massive scale. This not only increased greenhouse gases but was also responsible for large scale deaths due to asthma and other respiratory diseases.

Fact 25: Since the industrial revolution in 1700, the level of carbon dioxide on earth has increased by 34%. Fact 26: By the year 2100, the average temperature will rise by 5.8 degrees as a result of global warming.

Fact 28: In the last 30 years, the average consumption of fossil fuel by the United States has been 80%. Fossil fuels are the most dangerous contributors to global warming.

Fact 31: A failure in preventing global warming can cause a major economic collapse causing 20% of global domestic output to fix.

Fact 33: The NRDC (Natural Resources Defense Council) proposed the Clean Air Act to cut power plant emissions by 26 percent in the next 7 years.

Fact 34: The heat-trapping gases have been increasing in the atmosphere at an alarming rate. The presence of a large number of these gases has resulted in an enhanced greenhouse effect. Heatwaves caused by global warming is responsible for many heat-related illness and deaths.

Fact 35: Global warming can lead to massive food and water shortages and has a life-threatening impact on wildlife.

Fact 37: Many scientists have now pointed out that global warming is the biggest latent health threat of the 21st century. It is a problem that affects us all- from the young to the old and from the rich to the poor. All this means that this would give a steep rise to the death rates across the globe.

Fact 38: A 2015 study reveals that vertebrate species are going extinct at a rate that is 114 times elevated than it actually should be. The situations could become worse if the situations are not controlled at the earliest.

Fact 39: Global warming also messes with the air pollution levels. With the increase in the mean temperature conditions, the ground level of ozone also rises steeply. It is this ozone that forms a significant component of the smog.

Fact 40: The costs incurred on natural disasters will keep increasing drastically if the global warming levels are not controlled at the earliest. A little survey into the fact will help us understand better. From 1980 to 2011, the average cost was $5.2 billion. Now, between the years 2011 and 2015, the average cost was $10.8 billion.