Looking for some fun facts about friendship? Look no further, here are fun facts that will make you smile. Friendship is not just about finding someone to take walks or exchange views, it’s about finding that one person who will stick by your side during tough times, share all your fears and anxieties.

There are tons of different kinds of friendships, people that are considered friends are individuals that know each other very well. A true friendship is one where trust is present. It is important to have at least one friend that you can confide in.

The best friends are the ones who have been with us for years, helping us grow and see new things. Here are some fun facts about friendship that you may not have heard before.

1. Animals Can Be Friends Too

Several studies have shown that many animals have friendships with other animals of different species. Baboons, elephants, dolphins, horses, and chimpanzees are all known to be social animals.

Nine-month-old babies can understand social relationships even before they can walk or talk. They watch strangers talking and can make guesses whether these strangers are friends or not!

Everyone needs a break from work. And talking about your problems with friends is usually a good one. But, there’s a downside: it doesn’t help to solve the problem and it actually increases your stress levels and your friends!

When you’re with friends, things become less risky even though you might be doing something dangerous. If you feel like something is too dangerous and probably should not do it, you can do it if you’re with other people.

Sociologists have found that we can maintain on average 500 people in our network, and we can name on average the faces and names of 1,500 people.

A study from Harvard University suggests that the number of friends that any of us can handle at any given time is 150. This figure has a name; it is called ‘The Dunbar Number.’

Research has shown that you’ll have better friends if you’re willing to spend more time with them.

According to a joint study conducted by MIT and Tel Aviv University, many of your friends don’t feel the same way about your friendship as you do.

In an article, a researcher of Ohio University put forward five requirements for friendship, i.e., friends should be voluntary, personal, mutual, on the same ground, and affectionate. The researcher drew inspiration from Aristotle, a Greek philosopher.

If you want to improve your marriage, you should pay more attention to having a quality friendship with your spouse than trying to be physically intimate with him or her.

Studies show that people are more motivated to exercise in the presence of their friends. Also, in a study of people who had been smoking for an average of 23 years, only 36% said that they had quit smoking because of a friend or a family member.

13. You Mirror Your Friends Actions

People who spend time with friends tend to pick up on their habits. A study found that if one friend in a friend circle is obese, you also tend to eat a little extra unknowingly.

According to one statistics survey, the average person has seven friends. However, new scientific studies show that you will lose half of your friends every seven years. This is the reason why it is said that if your friendship lasts for more than seven years, it will last a lifetime! 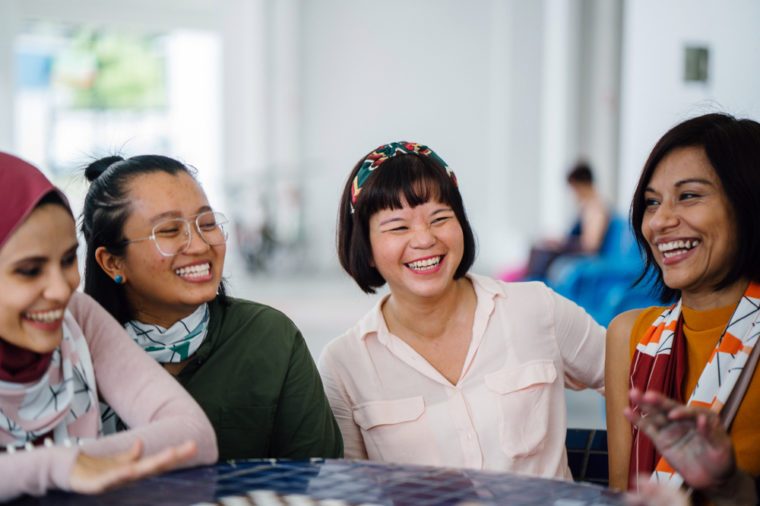 In a study completed by Claire Yang, a sociologist at the University of North Carolina, Chapel Hill, she found that people with close social ties had lower blood pressure, body mass index, waist circumference and levels of the inflammation marker C-reactive protein than those that were socially isolated. Share a laugh with a pal over these funny quotes about friendship. 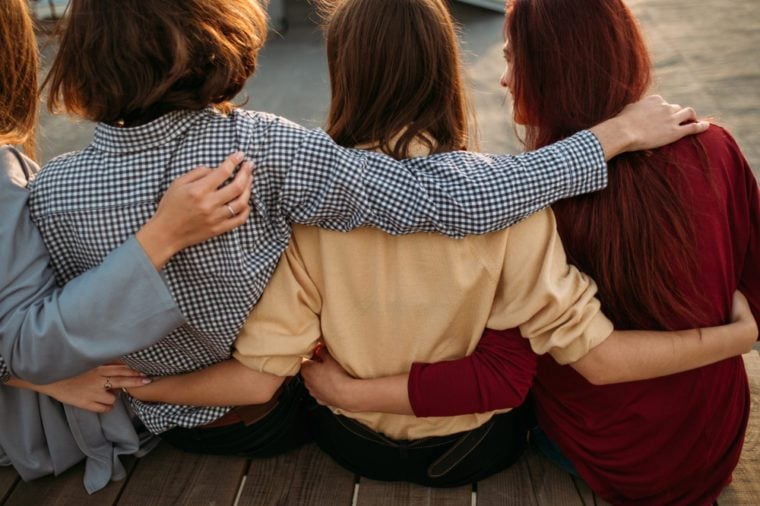 They help you cope with rejection and trauma

When life doesn’t go as planned, our friends are there to help us pick up the pieces. In 2011, a study was done on fourth graders and it found that the presence of friends helped kids cope with rejection from other peers. While your friends probably can’t make all of your stress go away, they certainly reduce it (and support you the rest of the way). Find out more about how friends can relieve stress and help you cope. 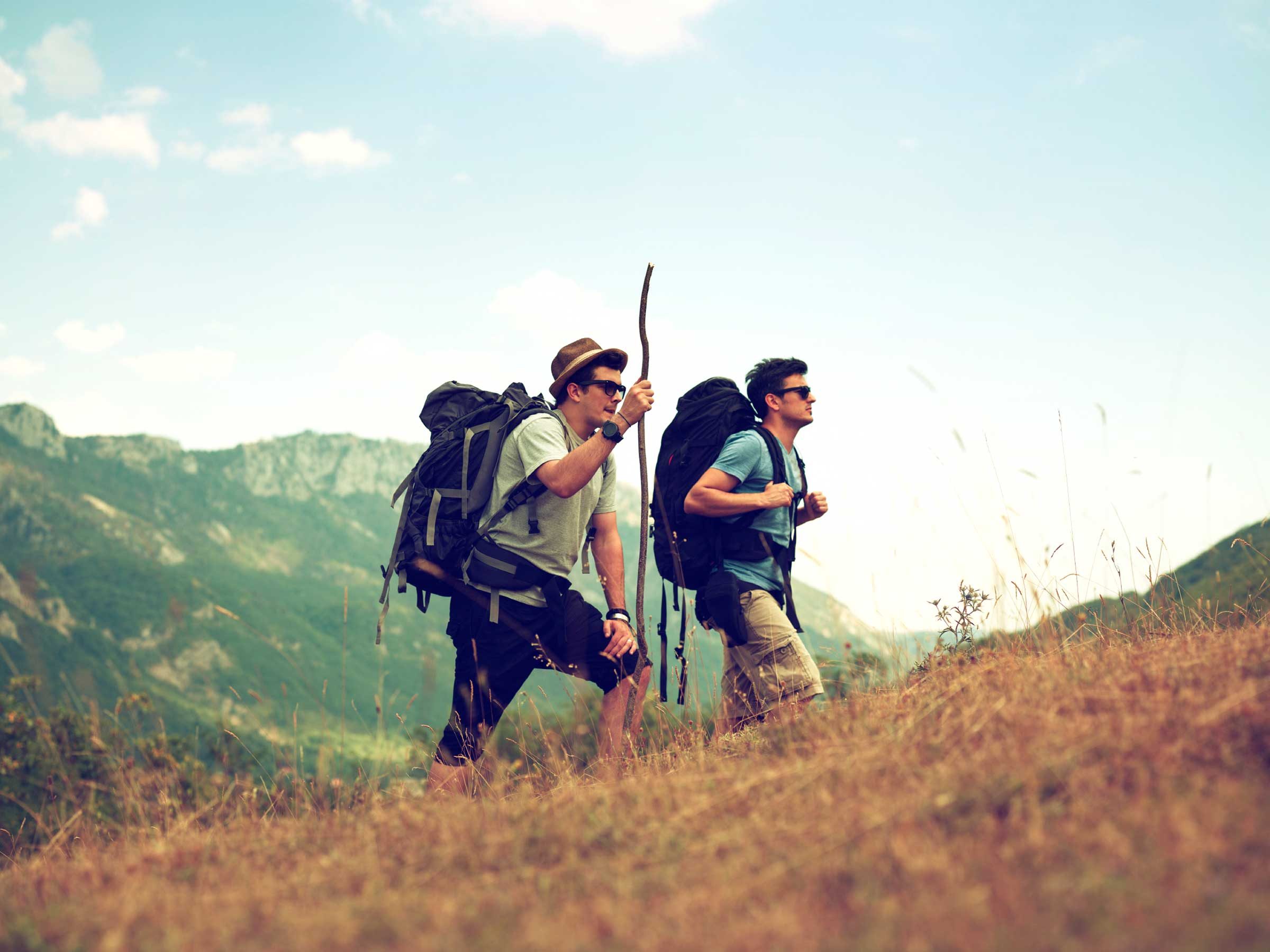 And not just in a metaphorical sense. In a fascinating study published in the Journal of Experimental Social Psychology, participants estimated a hill to be less steep when they were accompanied by a friend than when they were alone. What’s more, the longer the friends knew each other, the less steep the incline seemed. 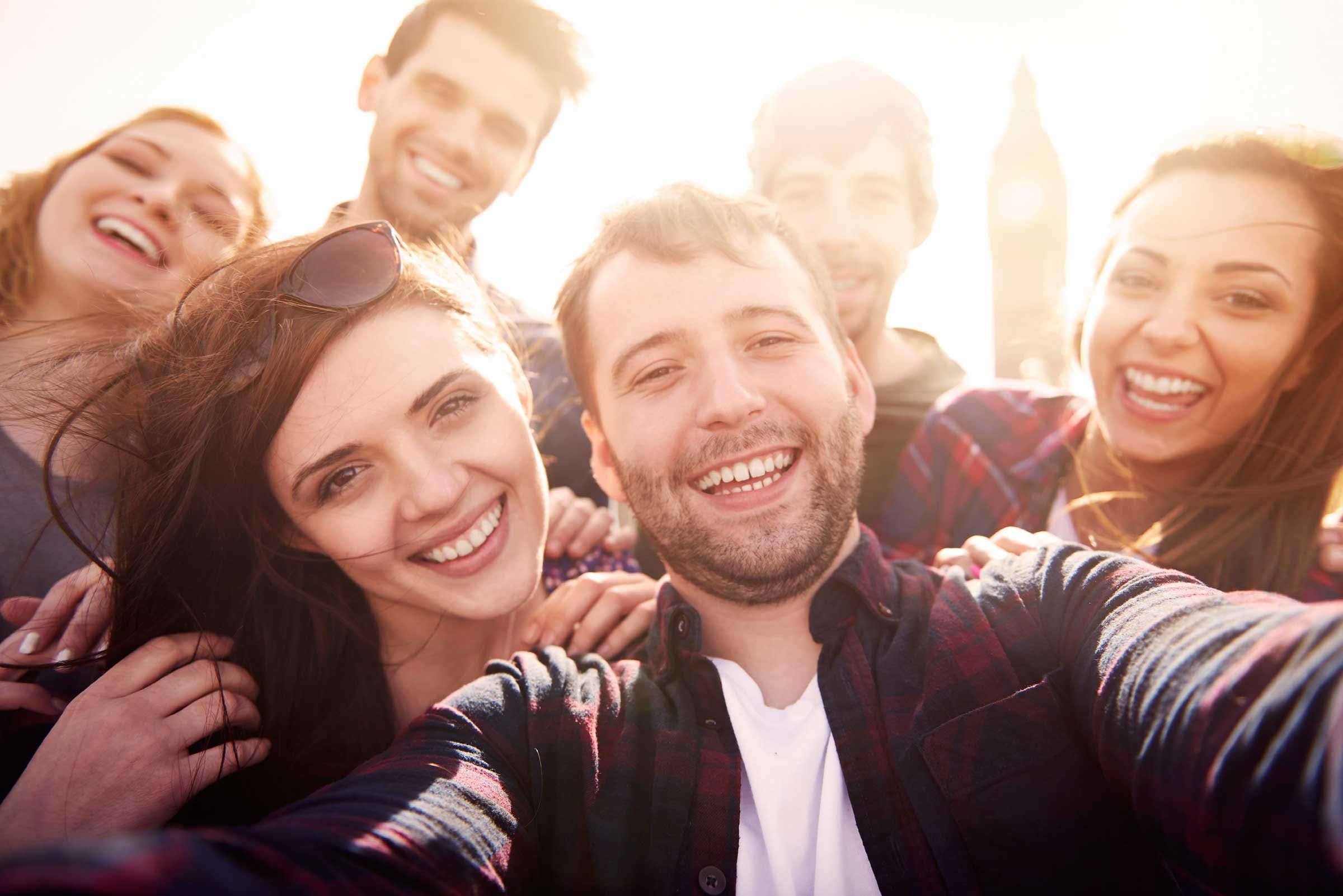 A small study from the University of California, San Diego, suggests that the cheerleader effect—the idea that you look more attractive in a group than you do alone—might be true. When researchers asked 139 college students to rank the general attractiveness of people in a group photo, then to rank one person from the group when shown his/her photo individually, the individual photos were ranked 5.5 percent less attractive. Speaking of which, check out the reason why you and your friends start to look like each other. 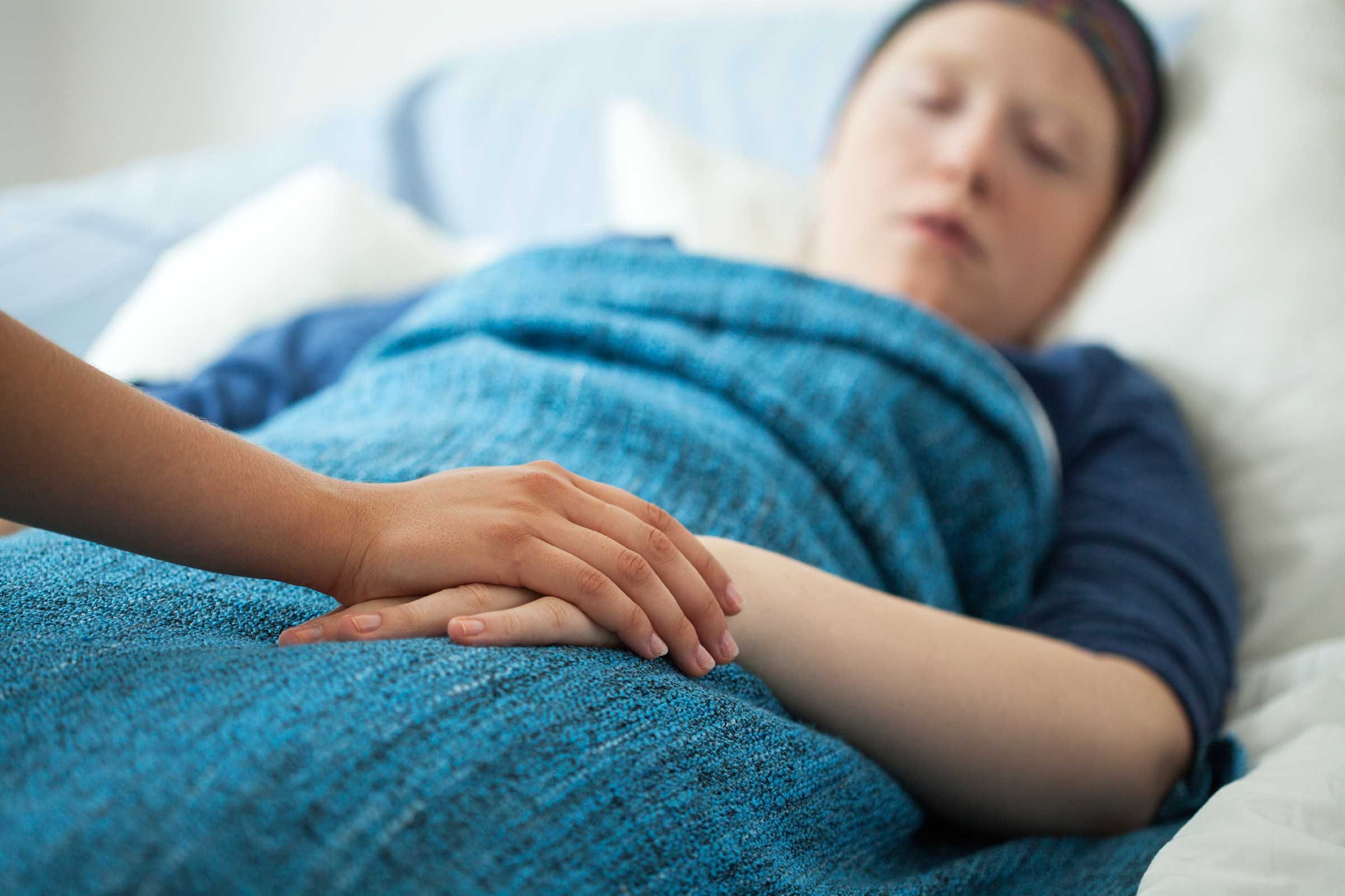 In a 2005 study published in the journal Cancer, women with ovarian cancer who had adequate social support (read: a lot of friends) had an average of 70 percent less interleukin-6, a blood protein that can reduce the effectiveness of chemotherapy, than patients with fewer friends. 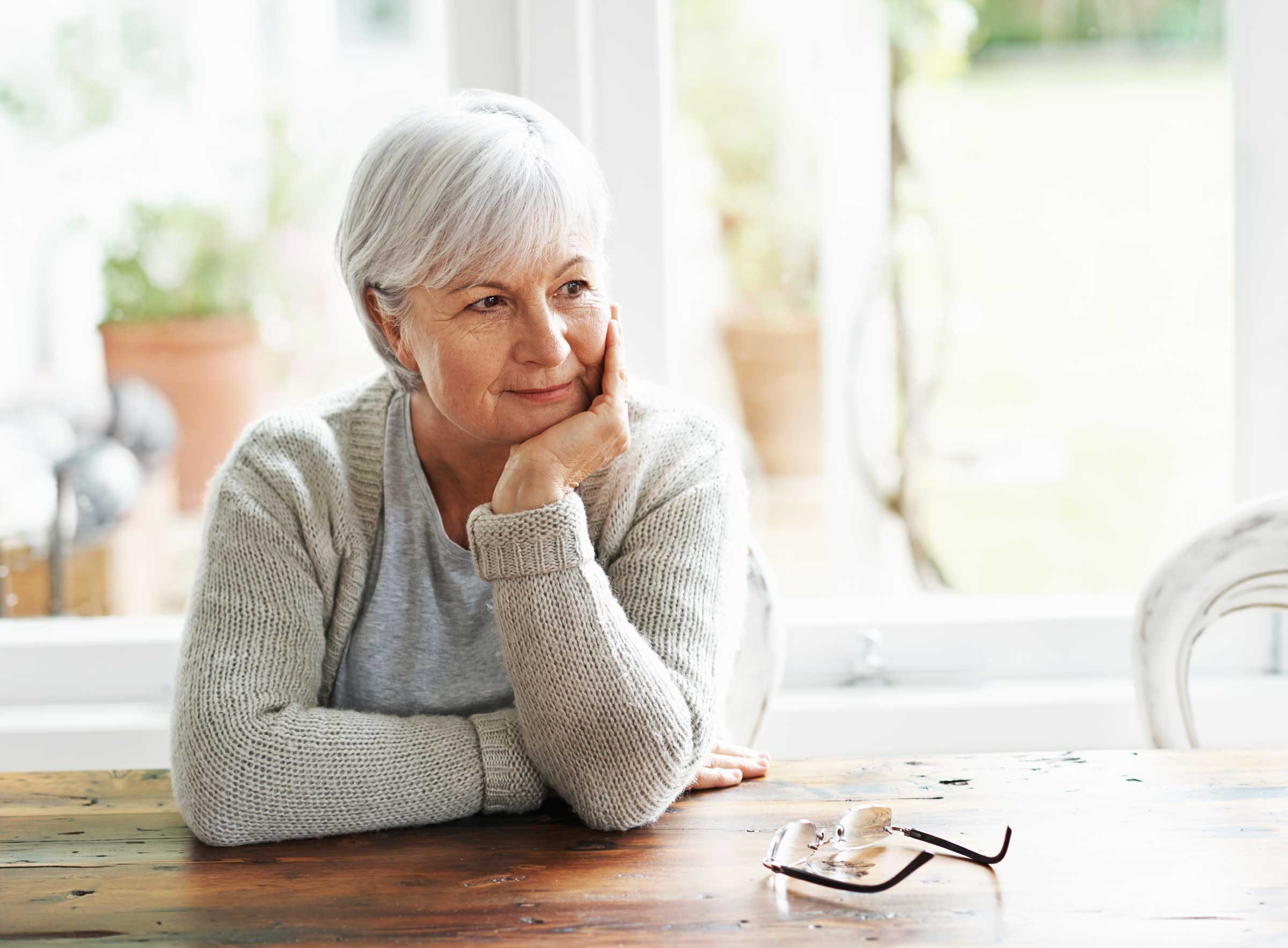 Loneliness is bad for your health

When Julianne Holt-Lunstad, associate professor of psychology at Brigham Young University analyzed data from nearly 150 studies of social relationships and mortality for a paper published in PLOS Medicine a few years ago, she uncovered a startling statistic: A weak social circle can take a toll on your longevity—comparable to smoking a pack of cigarettes a day. “We need to start taking our social relationships more seriously,” Holt-Lunstad said in a statement. “The effect of this is comparable to obesity, something that public health takes very seriously.” In a tough spot with some of your friends? Find out 12 expert solutions for your everyday friendship problems. 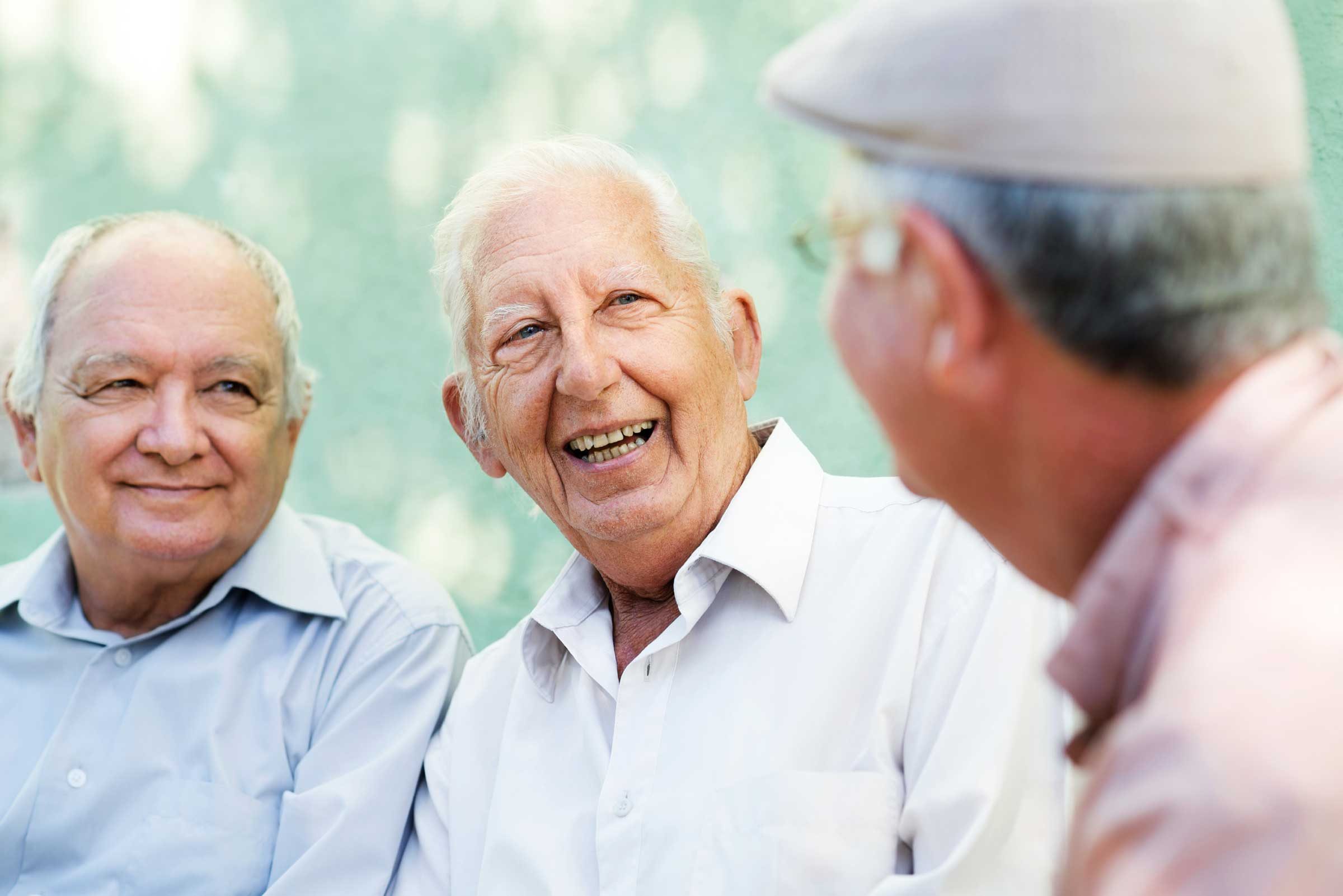 You might wish your BFF could be your sister; now a recent study suggests that close friends share about one percent of their DNA, making them as close genetically as fourth cousins. Researchers from Yale University and the University of California San Diego analyzed data from nearly 2,000 people and found that the “chemistry” that draws friends together may stem from shared DNA. This could help explain the evolution of friendship. 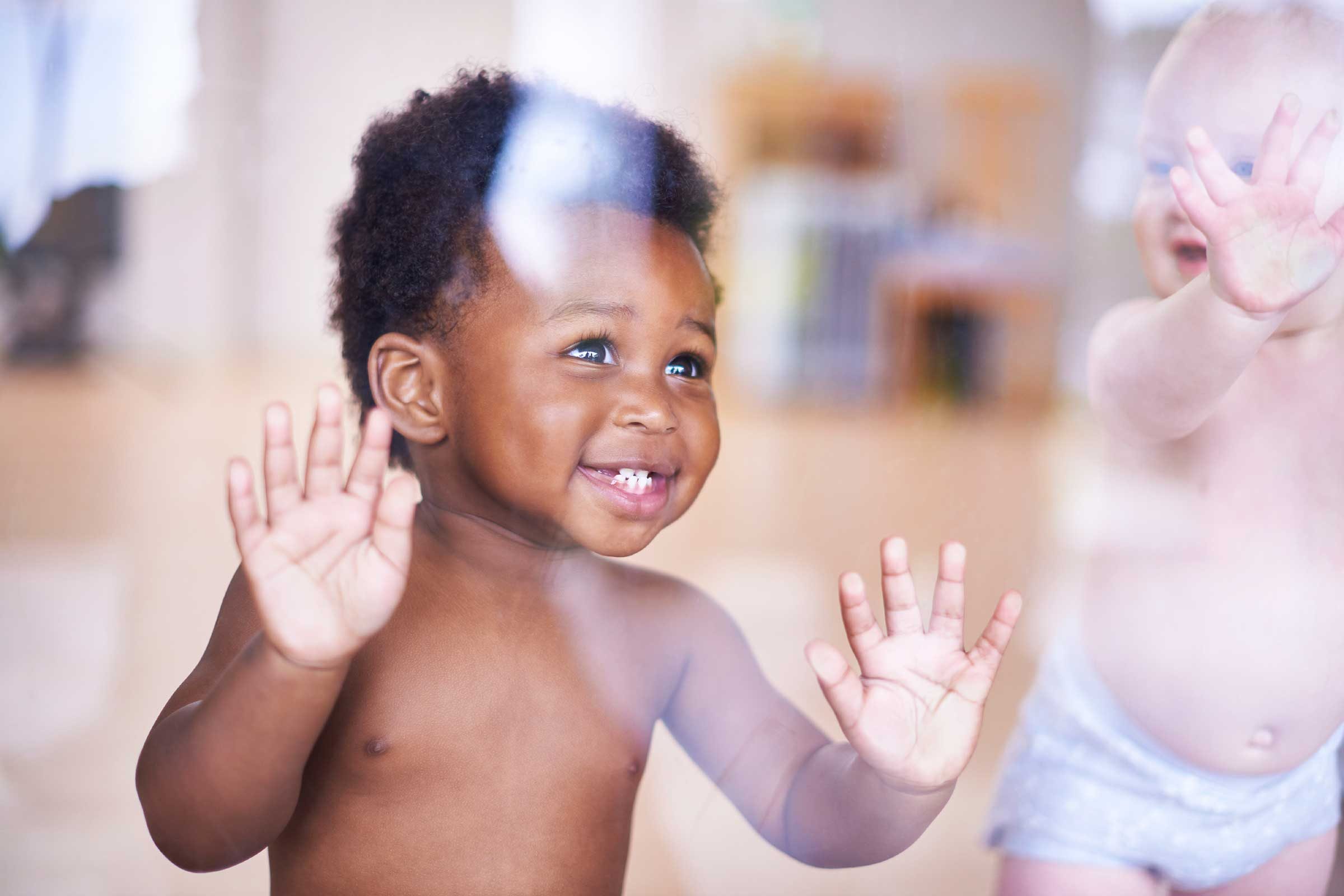 Friendship might be so essential to our well-being, even young babies can understand social relationships—before they can walk or talk, according to a 2014 study from the University of Chicago. The research team showed 64 nine-month-olds two videos. In one, two people ate a food and each reacted positively or negatively. In the other, the same two people greeted each other warmly or by turning their backs on one another. When the reactions didn’t match—both people had the same reaction to the food, but greeted each other coldly—the babies stared at the screen longer, a sign that things didn’t seem quite right. “Infants are able to watch strangers interact and then make inferences about whether those two people are likely to be friends,” Amanda Woodward, the study’s co-author, told The Huffington Post. Find out these friendship faux pas that will sabotage your goal of making new friends. 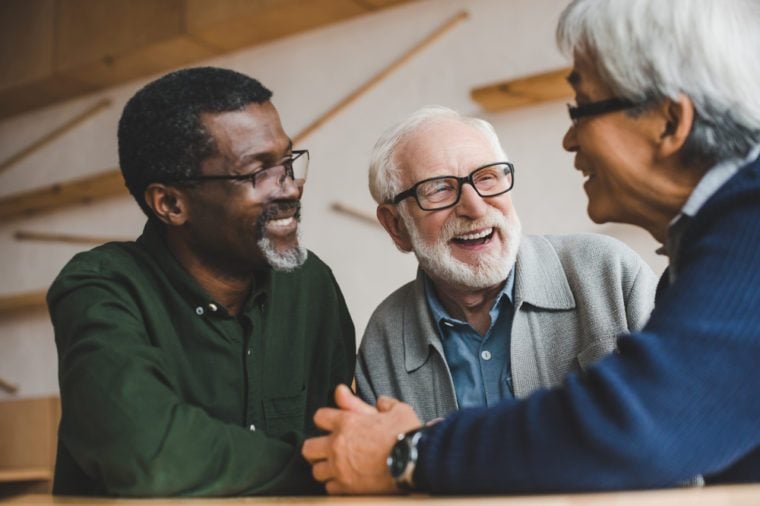 They can lower your blood pressure

Being a chronically high-strung or stressed person is never good for your health, but your friends can help with that. One study found that there is a direct correlation between feelings of loneliness and higher blood pressure. So if you’re surrounding yourself with people who love and support you, you run less of a risk of having higher blood pressure. 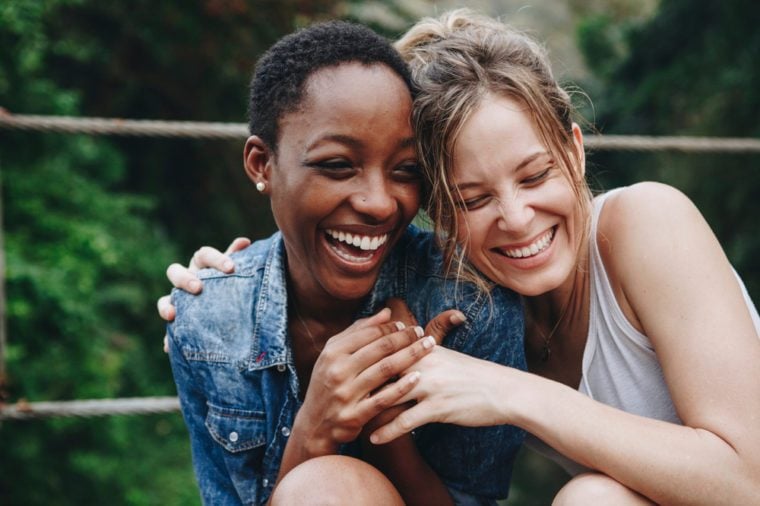 They help you stick to your goals

If you’re trying to kick a habit or create a healthier one, you’ll find it’s easier when you have a buddy. Having friends that double as accountability partners makes you 20 percent more likely to exert restraint (read: hold off on that second glass of wine or say “no” to the cake) than if you were doing it alone, according to a study done at the University of Georgia. And when you have more self-control, you’ll positively influence your pals. Not to mention, they can also make you feel better –– here’s the scientific reason why your friends can affect your mood.