1. Finland takes Albert Einstein’s wise words “A person who never made a mistake never tried anything new” seriously. The country has declared October 13th the National Day of Failure to celebrate life setbacks as a natural path toward success.

2. The Finnish language is one of the ten most challenging languages in the world to learn and translate. It’s no wonder, when a noun can have over 200 forms or when one of the longest words is “epäjärjestelmällistyttämättömyydellänsäkään”! 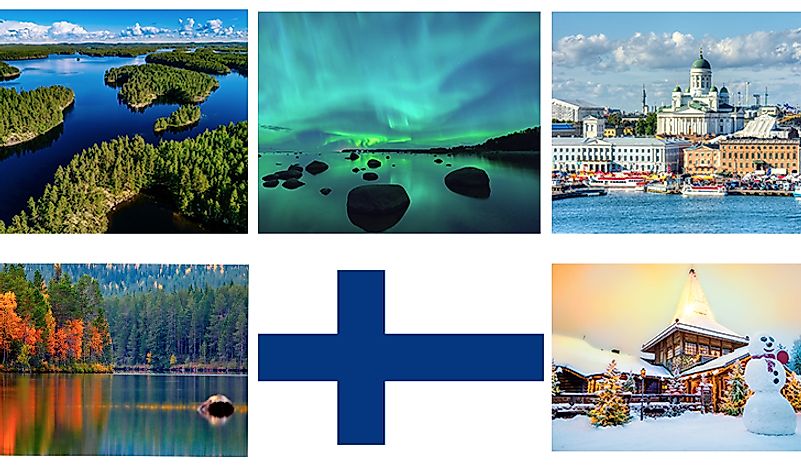 3. The Finnish language can also claim the world’s longest palindrome, a word that is spelled the same forwards and backward – “Saippuakivikauppias”. The word is used to describe a dealer in lye or soapstone.

4. The word “Sauna” is Finnish, so no matter where you enjoy this purifying experience throughout the world, you can thank Finns for the name. It’s also the only Finnish word making it into everyday English language.

5. The Finnish Sauna is a critical piece of the country’s heritage, with over 2 million saunas in Finland – approximately one per household. 6. Finland’s parliament has its own sauna wherein officials can debate, and Finns abroad also have the luxury of saunas inside their diplomatic buildings.

7. Finland is home to the midnight sun, where in June and July the sun stays above the horizon, casting a white light even in the middle of the night.

8. One of the most endangered seal populations in the world makes their residence in one of Finland’s lakes (Lake Saimaa). Only about 320 of the Saimaa Ringed Seals are estimated to remain.

9. Finland is THE place to see the Northern Lights. Each year, the Aurora Borealis appear more than 200 times in the skies above the Finnish Lapland.

10. Whether it’s a few-minute ride you want or a safari, you can explore the Finnish Lapland via the transport of reindeer or huskies. Bundle up! 11. Lapland is home to the only indigenous people of Scandinavia as recognized by the European Union. The Sámi people speak an endangered language and are known for their trades in reindeer herding and coastal fishing.

12. Finland has a thriving heavy metal music scene – some would say it’s the best in the world. Finns love heavy metal so much, there is even a Dinosaur heavy metal band for children, helping them learn the lessons of staying in school, drinking milk and, of course, eating cookies.

13. Another one of those fun facts about Finland is that with 188,000 lakes, Finland has the highest water to landmass ratio of all the countries in the world.

14. Finland is an incredibly green country, with over 70% of its land being forests.

15. Utilizing the natural resources on hand, entire towns of wooden homes were built throughout the centuries. These historic neighborhoods are still standing today and give Finland loads of old-world charm. 16. Helsinki, Finland’s capital, ranks in the top 10 cities with the cleanest air in the world.

17. With over 70,000 islands, Finland’s coast is home to the largest archipelago in the world.

18. Finland has some of the best postnatal care for families. Finnish newborns sleep in cardboard boxes provided by the state (along with clothes, toys and other necessities), mothers can stay home for a year with full benefits and salary and when parents use public transportation with children in a stroller, they can ride for free.

19. Finnish schools are some of the top in the world. They are unique in that children don’t go to school until they are seven years old and schools aren’t required to give students grades until the 8th grade.

20. Finland’s press ranks in the top five freest in the world. 21. Finland declared independence as recently as 1917, previously being under the rule of Sweden and Russia.

22. After gaining its independence from Russia and Sweden, Finland established its own monarchy, which lasted a whole three months before the newly appointed king stepped down. In fact, Frederick-Charles of Hesse never even had time to be crowned in his 67-day reign.

23. You can ring in the New Year twice by hopping the border between Finland and Sweden as there is a 60 minute time difference between the countries.

24. The Finns coined the name “Molotov Cocktail” to describe the fire bombs they used in fending off the Soviet Union (specifically the Soviet foreign minister Vyacheslav Molotov) during World War II. The bombs are thought to have originated from the Spanish Civil War and were adopted as a means to fight tanks.

25. JRR Tolkien based the High Elvish language in Lord of the Rings on Finnish due to the inspiration he found in a national myth story of Finland, The Kalevala.

26. Finland continues to increase in surface area each year as it is still recovering from the ice age glaciers whose weight sunk the land into the sea.