Located on the border between Israel and Jordan, the Dead Sea is one of the most intriguing natural phenomena on Earth. Aside for some microorganisms and algae, this salt water lake is completely devoid of life. There’s no seaweed, fish or any other creatures found in or around its turquoise waters. Find out more with these interesting facts about the Dead Sea. 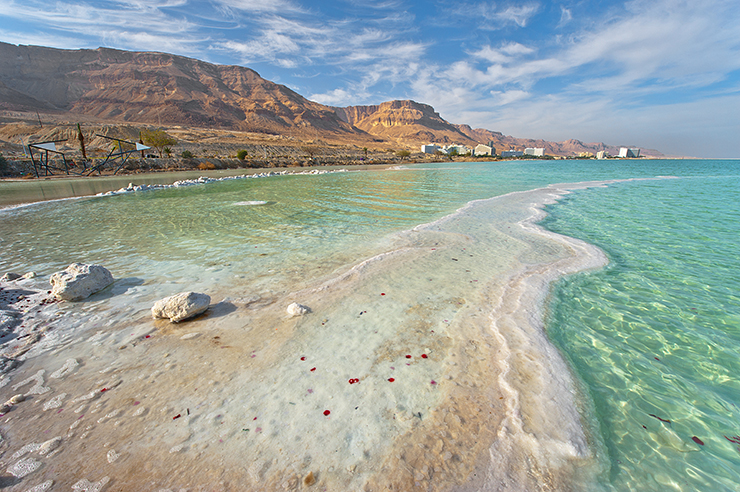 1. The Dead Sea is one of the saltiest bodies of water on Earth, with almost 10 times more salt than ordinary seawater. This is because water flows into the Dead Sea from one main tributary, the River Jordan. It then has no way to get out of the lake and so is forced to evaporate.

The soaring hot and dry conditions of this region mean that large quantities of water are evaporated. This leads to the salt and other minerals becoming more and more concentrated. In fact, it’s estimated that in the whole of the Dead Sea there is about 37 billion tonnes of salt.

2. The high salt and mineral content of the Dead Sea mean that this body of water has powerful healing properties. It’s a popular destination for treating skin problems such as acne, psoriasis and cellulite, as well as muscle ache and arthritis.

The Dead Sea is therefore the biggest free spa on Earth, drawing both tourists and locals alike. However, if you want to indulge further, you’ll find plenty of treatments at the hotels and spas along its shores. 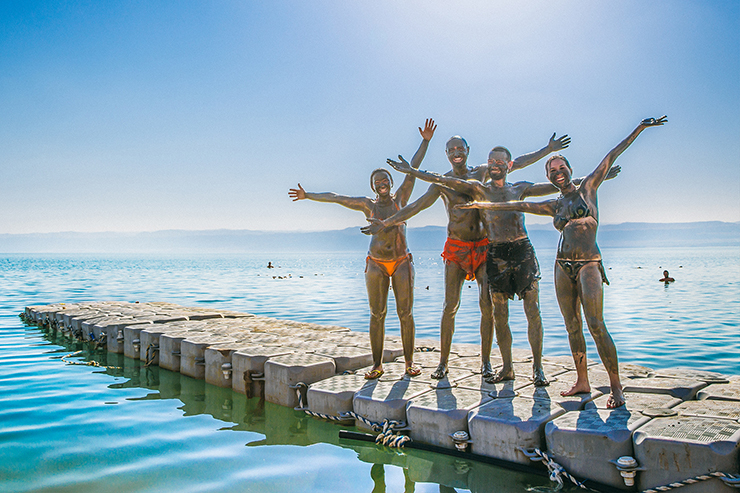 3. Its healing waters have been sought after even since Biblical times. Herod the Great, who reigned between 37 to 4 BC, built one of the world’s first health spas along its shores. According to legend, Cleopatra also loved the Dead Sea and used its products as part of her beauty regime.

4. The Dead Sea’s high salt levels mean that people can easily float on its surface due to its natural buoyancy. Bobbing around like a cork is not only a fun-filled experience but a great way to relax after seeing Jordan and Israel’s other top sights.

5. Alongside being incredibly salty, the Dead Sea is famous for being the lowest point on Earth. Its surface measures around 423 metres below sea level.

6. Highway 90, the world’s lowest road, runs along the Israeli and West Bank shores of the Dead Sea. It measures approximately 393 metres below sea level.

7. Sunbathing at the Dead Sea has less of a sunburn risk than other destinations. This is due to its location below sea level as harmful UV rays are filtered through three natural layers. These include an extra atmospheric layer, an evaporation layer above the Dead Sea and a thick ozone layer. (Though we still recommend wearing sunscreen!) 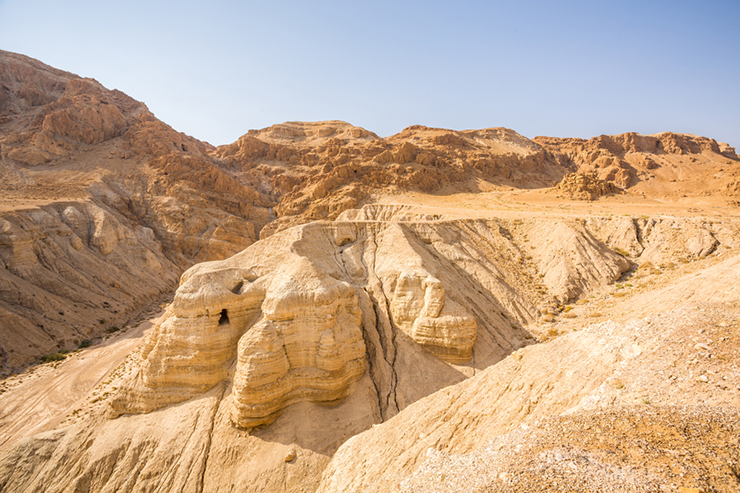 8. The Dead Sea was home to one of the most important discoveries in modern archaeology. In 1947, the Dead Sea Scrolls were found in 11 caves near the ruins of Qumran on its northwestern shore. These ancient manuscripts date from around 250 BC to 68 AD.

They contain Biblical prayers and texts that have been key to our understanding of the beginnings of Christianity. Although the scrolls are now at the Israel Museum in Jerusalem, you can visit where they were found.

9. An unusual feature of the Dead Sea is that it spits up small pebbles and blocks of asphalt from deep seeps to its surface. Ancient Egyptians used to import this to use in their mummification processes.

10. Whilst the Dead Sea is one of Israel’s most popular tourist destinations, it’s disappearing at an alarming rate. Its surface level is dropping by more than one metre every year and it’s only half the length it was just a century ago.

This is due to water being diverted from the River Jordan and extracted from the Dead Sea for developments nearby. However, Israel and Jordan signed an agreement in 2015 to invest $9 million to stabilize its water level. So there’s definitely some hope for this natural wonder.

Despite its ominous name, the Dead Sea has captivated and intrigued millions across the centuries. You can find the Dead Sea sandwiched between the west of Jordan and east of Israel and the Palestinian West Bank. Crystal clear waters, panoramic views and social media-friendly selfies, the Dead Sea is a once in a lifetime opportunity. Find out more here with our favourite facts about the Dead Sea.

You might be wondering, how dead is the Dead Sea?

Well, it turns out it’s not a trick question. The Dead Sea contains high content in salinity that prevents aquatic life forms and ecosystems within the lake to thrive. Though there is evidence of small amounts of macrobiotic life, it mainly lives up to its name and shows virtually no signs of life. As a result, the Dead Sea is a spotless and shimmering pool of water with an endless horizon.

Whilst the lake itself cannot contain aquatic life due to its high salt content, it is a major contributor to a network of eco-systems in its parameter. The Dead Sea has a system of freshwater springs that help feed the pockets of the oasis surrounding the harbour. These oasis’ sustain a host of aquatic life as well as mammals migrating between Africa and Europe.

As mentioned, the Dead Sea is one of the saltiest lakes in the world. It contains an estimated 33%-35% of salt and is ten times saltier than your average body of water.

Due to the lake’s salt content, it is one of the only places in the world that will keep your body naturally afloat. You will find that the lake will effortlessly and leisurely cradle you in its body of water, drawing in millions of tourists from around the world and thousands of Instagram photos.

Despite the Dead Sea’s fame for buoyancy, drowning is still a possibility if you aren’t careful.
The western winds have proven to be deadly, resulting in swimmers being blown over and drowning. It is recommended that you do not stick your head underwater as swallowing the salty water can also risk drowning. When you decide to visit, make sure you use a beach with an assigned lifeguard.

The Dead Sea has served multiple functions for centuries. From mummification to pottery, civilisations have been drawn to this lake for a variety of resources. Ancient Egyptians found that the high salt content carried a variety of health benefits, including skin treatments that are available for purchase today.

Did you know that the Dead Sea was the world’s first health resort?

Ancient civilisations found that the Dead Sea had healing properties fit for a King. Specifically, Herod the Great of the Roman Empire. Bathing in the mineral rich water and utilising its mud baths have been found to be a great solution for severe skin issues. Whilst you can find many spas on the harbour, the Dead Sea itself is nature’s spa and a free resource open to the public. There is no better place to experience therapeutic ambience than here.

You will be surprised to discover that the Dead Sea is actually dying. Research has found that the Dead sea is quickly receding at an alarming rate. In the 1930s the dead sea measured at 410 square miles, today it measures only at 234 square miles and each year you will find the lake dropping by one metre. This is due to the water retracting into salt pockets beneath the shoreline.

The Dead Sea is the lowest land-based elevation on earth. In other words, this lake is the lowest point on Earth sitting at 427 metres below sea level. Driving into the Dead Sea area affords exceptional scenery as motorways sit high above sea level.

You won’t find any water sports happening here. Whilst boats can easily float in the Dead Sea like a human body, the water’s buoyancy makes it impossible for boats to effectively move through the lake.

Maybe you have heard of the Dead Sea scrolls. These scrolls were discovered in Qumran in the Dead Sea area during the 20th Century and contain the oldest copies of the Hebrew bible. They continue to be studied until this day and if you’re lucky you can catch a few pages in certain museums.