Camels are domestic animals that have hoofs founds in Asia and Africa. They often live in desert or semi-desert regions. Nomads keep camels for their milk and meat which they consume to survive. The camels also help in transport from one place to another in search of pasture for the pastoralist communities. Here are some interesting facts about camels.

They Can Go For Weeks Without Drinking Water

The ability of the camels to stay for weeks without having to drink water led to them being nicknamed “ships of the desert.” More specifically, during winter, these desert animals can survive for 6-7 months without water. Nonetheless, whenever they access to water they can drink as much as 32 gallons in one drinking session! 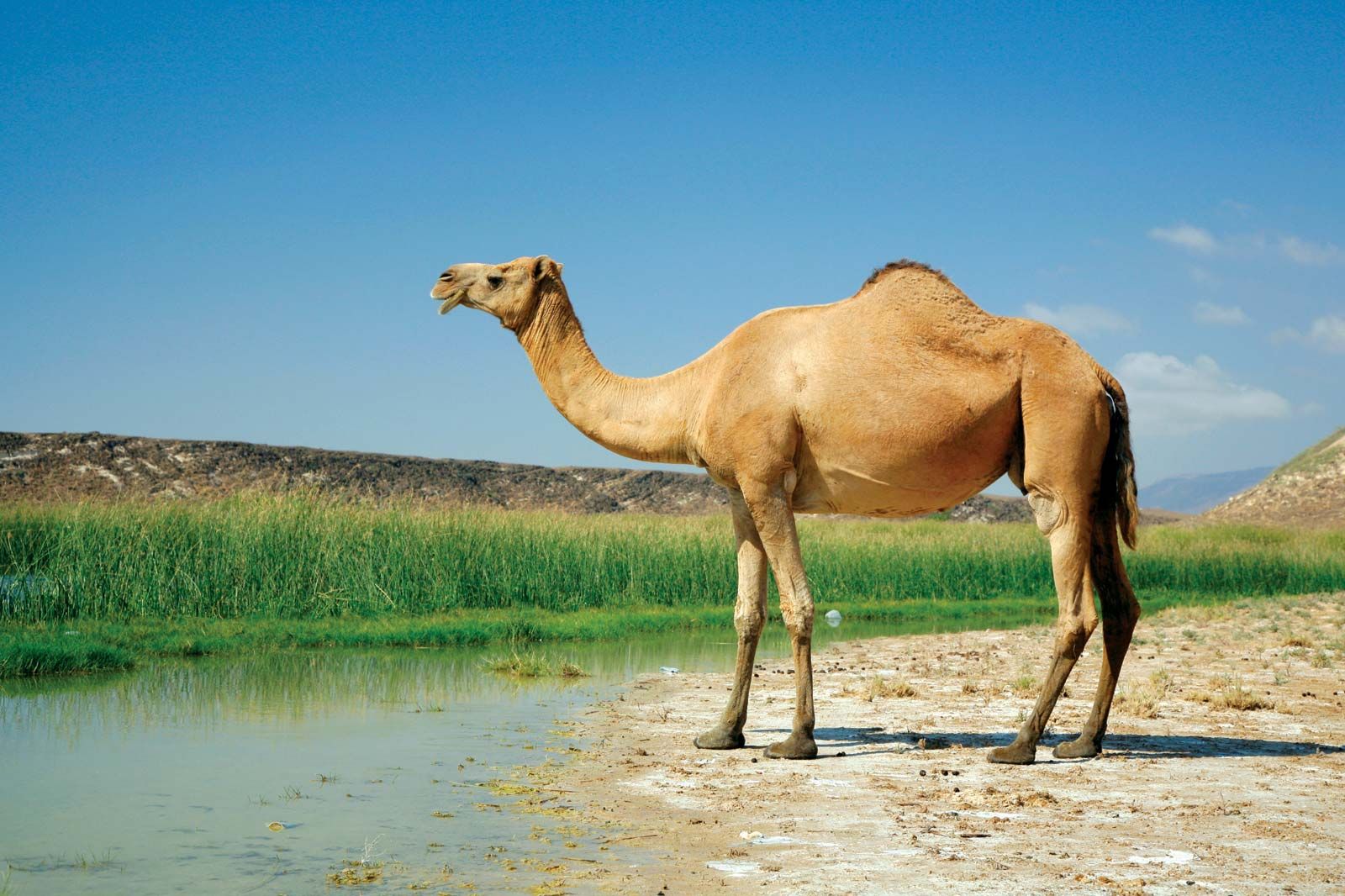 They Store Fat In Parts Of Their Bodies Known As Humps

Camels possess either one or two humps that are located on their backs. These humps exist for purposes of storing fats that the camels utilize for nourishment during the famine. Lack of food for a long time triggers the camel’s body to metabolize the fat into a form that can be used for nutrition purposes. As this fat is used by the camel, the hump deflates and droops until it can be refilled with more fat.

They Can Live For About 40 Years

The life span of camels is 40 years. The young ones are born white in complexion. However, as they keep growing they grow brown skin. 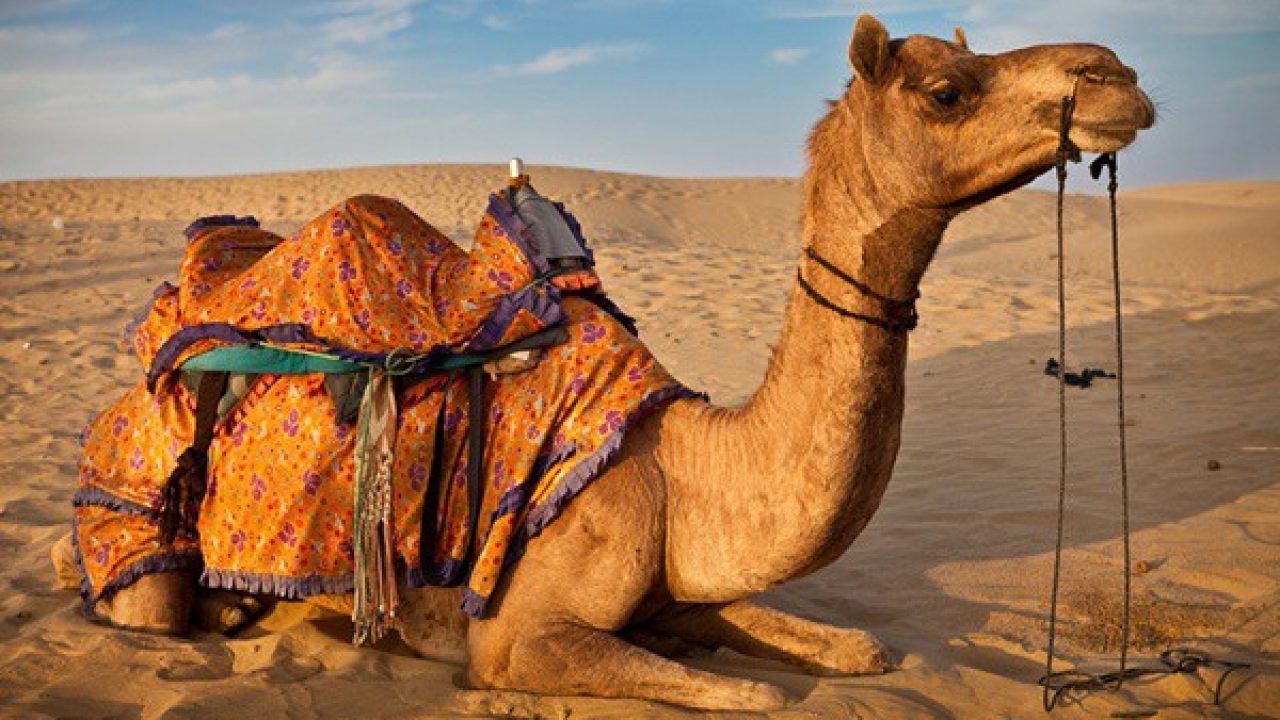 Camel Milk Is Among The Healthiest Milk In The World

Slightly low in total fat and saturated fat compared to cow milk. It also possesses sufficient amounts of iron and vitamin C. Nutritionists state that camel milk has the ability to improve a person’s immune system, stimulates blood circulation, prevents diabetes, and improves the health of the heart.

There Are Two Types Of Camels: Dromedary And Bactrian

Dromedary camels possess only one hump whereas the double-humped camels are known as Bactrians. Majority of the camels on earth are dromedaries, which are also called the Arabian camel. The Bactrian camels can further be divided into wild and domesticated ones.

These lips are essential in searching for food and feeding on vegetation such as salty plants and thorny plants. Like cows, camels are ruminant animals.

Camels Can Sit Comfortably On The Hot Sand

Camels have a thick layer of skin which makes it possible for them to sit on the hot sand without being burned.

The Gestation Period Of Camels Is 14 Months

Camels carry their young ones for 14 months prior to giving birth. This gestation period is 5 months more than the human gestation period of 9 months. Interestingly, a newly born camel is able to walk alongside the mother within half an hour of their birth.

Camels Are Relatively Fast In Their Movement

There are two species of Bactrian camels, wild and domesticated, which both have two humps. Wild Bactrian camels are critically endangered with fewer than 1,000 individuals remaining.

Domesticated Bactrian camels are found in Central Asia; dromedary camels inhabit the Middle East and central Australia, where they were introduced. Wild Bactrian camels occupy isolated areas of China and Mongolia. From their unique ability to store energy in their humps to their efficient rehydrating skills, discover the most fascinating facts about camels.

1. There Are Three Species of Camels

The camel’s hump is its most notable feature. However, contrary to popular belief, it isn’t used to store water. Instead, the hump stores fat.3 The fat releases both energy and water when resources are unavailable. It also serves another purpose: By storing most of its fat in one place, a camel is not covered in insulating fat and thus can stay cooler in the desert heat.

Healthy camels with significant fat stores can survive without food or water for a couple of weeks.4

3. They Are Built for the Desert

Camels have many adaptations for living in harsh desert environments. To keep out dust and sand, they have three eyelids and two sets of eyelashes. They also have extra thick lips that allow them to eat thorny plants that other animals can’t. Thick pads of skin on their chest and knees protect them from hot sand, and large, flat feet allow them to walk without sinking into the sand. Camels can even close their nostrils to keep out dust.3

4. They Can Hydrate Quickly

While camels don’t store water in their humps, these desert animals are great at conserving water. Dromedary camels use heterothermy to regulate their body temperature throughout the day.5 This prevents them from sweating during daily increases in temperature, conserving water.

When a camel does come across water, it can fill up in a hurry, drinking as much as 26 gallons in 10 minutes.3

Camels travel in herds and both dromedary and Bactrian camels are social creatures. Groups are composed of as many as 30 individuals including a family unit with one dominant male.4 With the exception of males establishing dominance during breeding, camels are not prone to aggressive outbursts.

They don’t just travel together; camels also communicate with members of their group by making sounds like moans and bellows.

Camels have provided sustenance to humans for thousands of years in the form of meat and milk. Camel’s milk is lower in cholesterol and higher in vitamin C and minerals like sodium and potassium compared with the milk of other ruminants.6 Milk from camels is also considered to be more like human milk than milk from cows.7

In the arid desert regions camels inhabit, their meat is also an important source of protein.

7. They Do the Heavy Lifting

Camels have an impressive ability to carry a heavy load. The Bactrian camel can carry up to 440 pounds in a day, while the dromedary can haul up to 220 pounds.8 When walking, both legs on the same side of the camel’s body move at the same time, called a pace.

Because the fat stored in their humps provides energy, these herbivores are able to work without requiring frequent breaks for food or water.3

Though most camels are domesticated, the small number of wild Bactrian camels remaining are critically endangered.9 Classified as a separate species from the domesticated Bactrian camel, C. ferus is found in only four areas: three in northwest China (Gashun Gobi, Taklamakan Desert, and Lake Lop Camel National Reserve adjacent to the mountain ranges of Arjin Shan) and one in Mongolia, in the Great Gobi Section A Strictly Protected Area.