Black holes are the only objects in the Universe that can trap light by sheer gravitational force. Scientists believe they are formed when the corpse of a massive star collapses in on itself, becoming so dense that it warps the fabric of space and time.

And any matter that crosses their event horizons, also known as the point of no return, spirals helplessly toward an unknown fate. Despite decades of research, these monstrous cosmological phenomena remain shrouded in mystery.

They’re still blowing the minds of scientists who study them. Here are 10 reasons why:

Black holes do not suck. 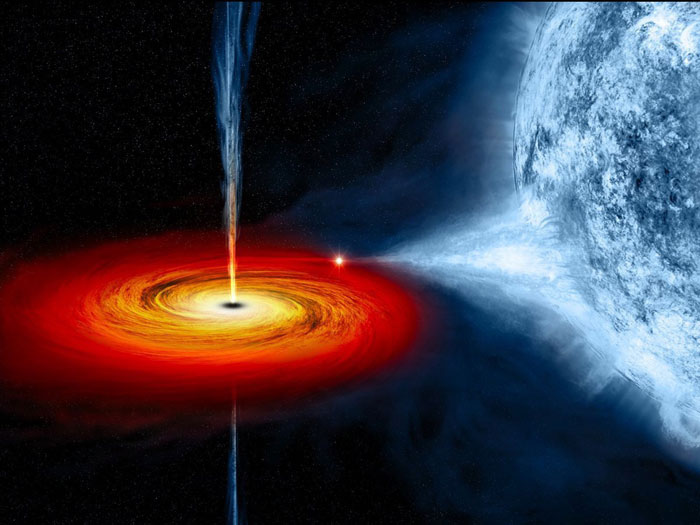 Illustration of a young black hole, such as the two distant dust-free quasars spotted recently by the Spitzer Space Telescope. Credit: NASA/CXC/M.Weiss

If you replaced the Sun with a black hole of equal mass, Earth would not get sucked in – it would continue orbiting the black hole as it orbits the Sun, today.

Black holes look like they’re sucking in matter from all around, but that’s a common misconception. Companion stars shed some of their mass in the form of stellar wind, and the material in that wind then falls into the grip of its hungry neighbour, a black hole. 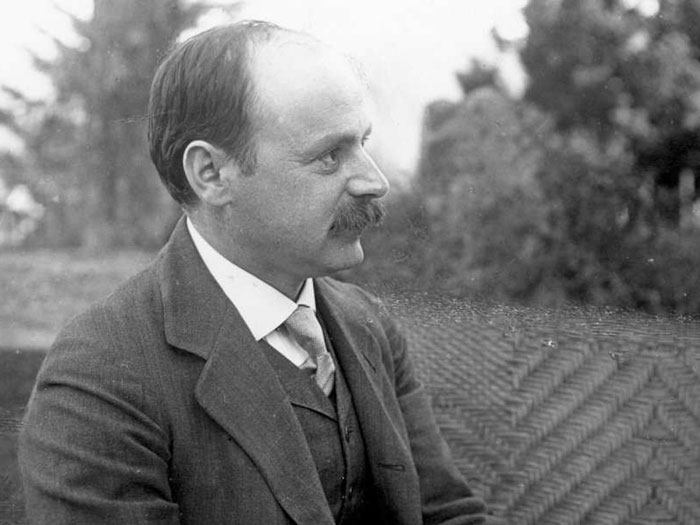 Carl Schwarzschild was the first to use Einstein’s theory of general relativity to predict the point of no return for a black hole. Credit: Public Domain

Einstein didn’t discover the existence of black holes – though his theory of relativity does predict their formation. Instead, Karl Schwarzschild was the first to use Einstein’s revolutionary equations and show that black holes could indeed form.

He accomplished this the same year that Einstein released his theory of general relativity in 1915. From Schwarzschild’s work came a term called the Schwarzschild radius, a measurement of how small you’d have to compress any object to create a black hole.

Long before this, British polymath John Michell predicted the existence of ‘dark stars’ so massive or so compressed that they could possess gravitational pulls so strong not even light could escape; black holes didn’t get their universal name until 1967.

Black holes will spaghettify you and everything else. 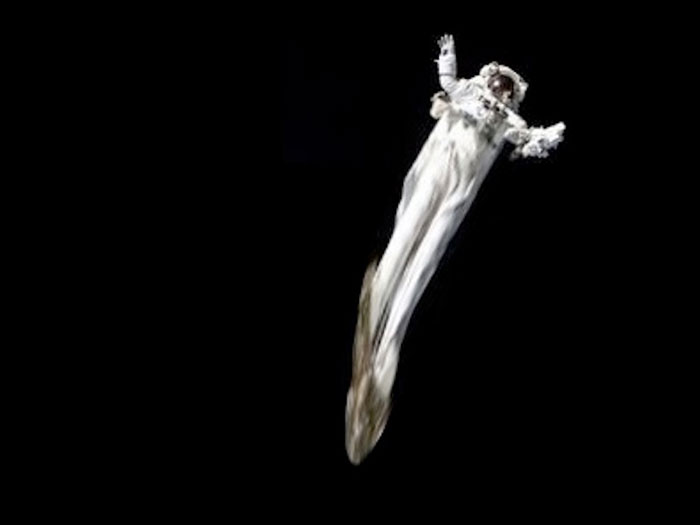 Black holes stretch anything that dares to come too close. Credit: Public Domain

Black holes have this incredible ability to literally stretch you into a long spaghetti-like strand. Appropriately, this phenomenon is called ‘spaghettification’. Look it up.

The way it works has to do with how gravity behaves over distance. Right now, your feet are closer to the centre of Earth and are therefore more strongly attracted than your head. Under extreme gravity, say, near a black hole, that difference in attraction will actually start working against you.

As your feet begin to get stretched by gravity’s pull, they will become increasingly more attracted as they inch closer to the centre of the black hole. The closer they get, the faster they move. But the top half of your body is farther away and so is not moving toward the centre as fast. The result: spaghettification! 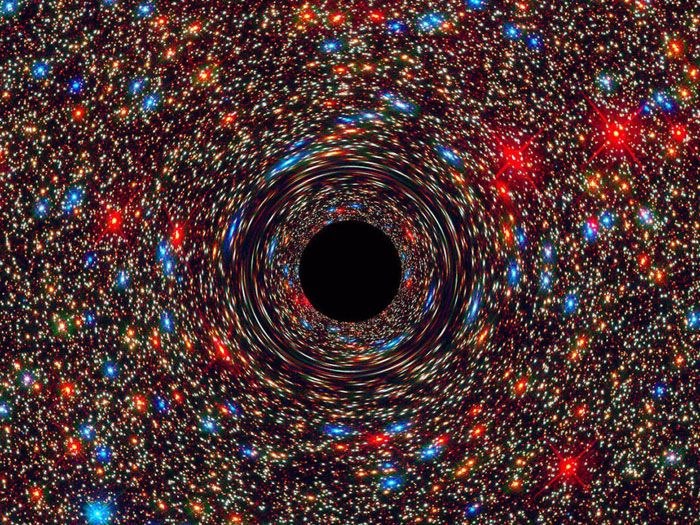 We could be just one Universe in a vast multiverse. Credit: NASA/ESA/D. Coe/J. Anderson/R. van der Marel (STScI)

It might sound crazy that black holes could spawn new universes – especially since we’re not sure other universes exist – but the theory behind this is an active field of research today.

A very simplified version of how this works is that our Universe today, when you look at the numbers, has some extremely convenient conditions that came together to create life. If you tweaked these conditions by even a miniscule amount, then we wouldn’t be here.

The singularity at the centre of black holes breaks down our standard laws of physics and could, in theory, change these conditions and spawn a new, slightly altered universe.

Black holes literally pull the space around them. 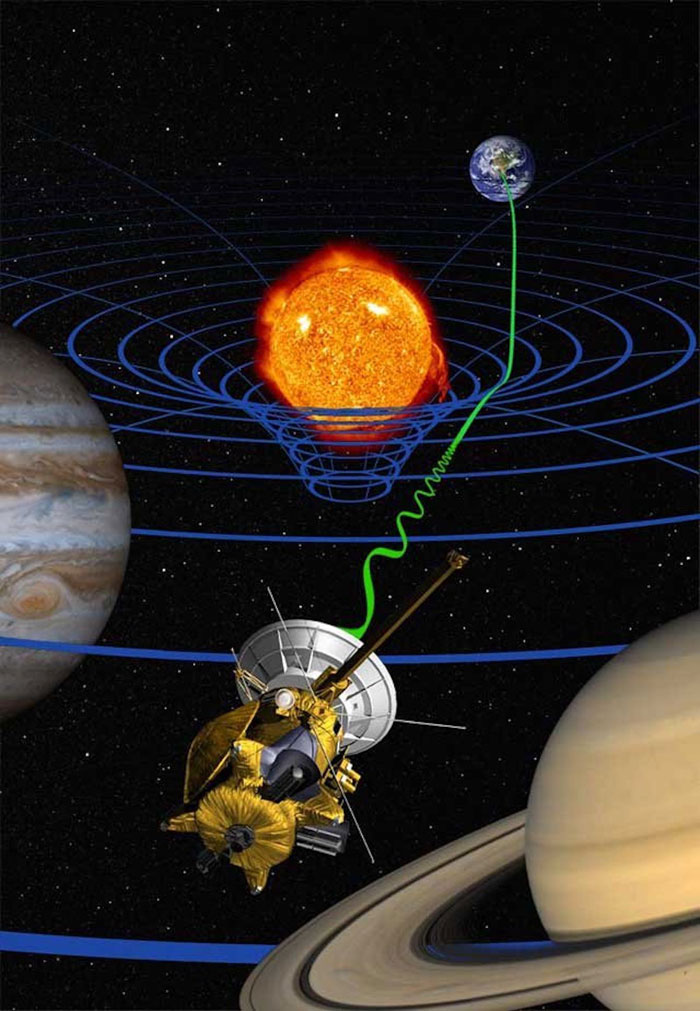 Picture space as a stretched rubber sheet with criss-crossing grid lines. When you place an object on the sheet, it sinks a little.

The more massive an object you put on the sheet the deeper it sinks. This sinking effect distorts the grid lines so they are no longer straight, but curved.

The deeper the well you make in space, the more space distorts and curves. And the deepest of wells are made by black holes. Black holes create such a deep well in space that nothing has enough energy to climb back out, not even light. 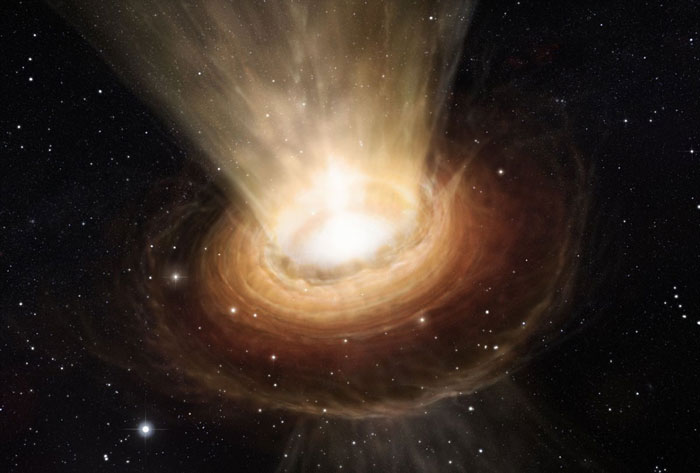 Black holes can generate energy more efficiently than our Sun.

Because the material is orbiting and moving so rapidly, it heats up to billions of degrees Fahrenheit, which has the ability to transform mass from the material into energy in a form called blackbody radiation.

Scientists have even proposed that this kind of energy could be used to power black hole starships of the future.

There is a supermassive black hole at the centre of our galaxy. 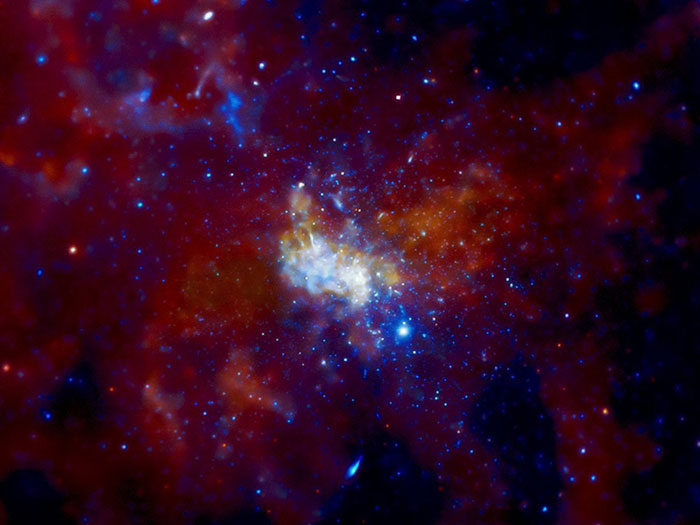 Sagittarius A, the supermassive black hole at the centre of the Milky Way, is more than four million times more massive than our Sun. Credit: AP

Scientists believe there is be a supermassive black hole at the centre of nearly every galaxy – including our own. These black holes actually anchor galaxies, holding them together in the space.

The black hole at the centre of the Milky Way, Sagittarius A, is more than four million times more massive then our sun. Although the black hole, which is almost 30,000 light years away, is pretty dormant at the moment, scientists believe that 2 million years ago it erupted in an explosion that may have even been visible from Earth. 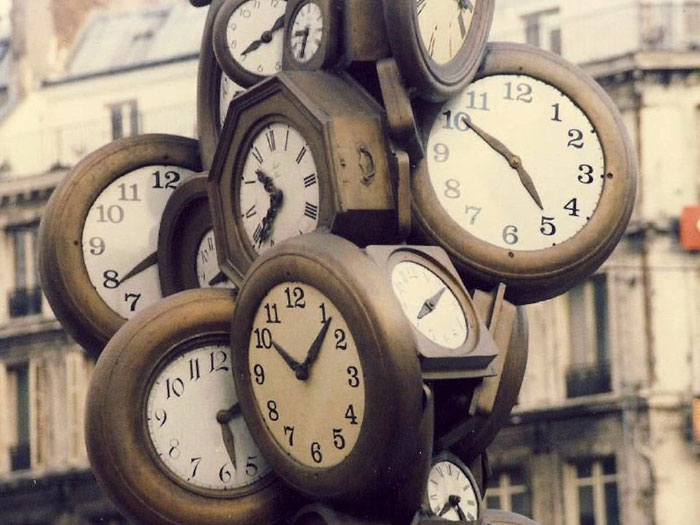 Time slows down as you reach the event horizon – the point of no return. Credit: Flickr / Nick

To understand why, think back on the twin experiment that is often used to explain how time and space work together in Einstein’s theory of general relativity:

One twin stays on Earth while the other one zooms out into space at the speed of light, turns around, and returns home. The twin that travelled through space is significantly younger because the faster you move, the slower time passes for you.

As you reach the event horizon, you are moving at such high speeds due to the strong gravitational force from the black hole, that time will slow down. 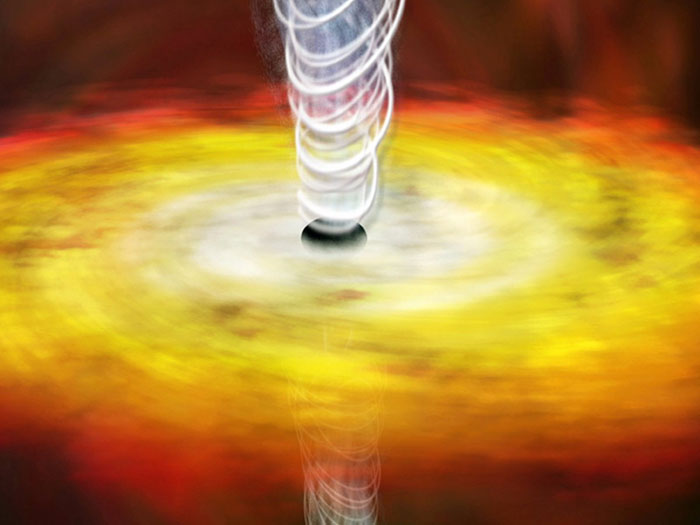 Black holes might not be bottomless pits after all. Some energy might be able to escape them. Credit: Ho New

This surprising discovery was first predicted by Stephen Hawking in 1974. The phenomenon is called Hawking radiation, after the famous physicist.

Anything can become a black hole, in theory. 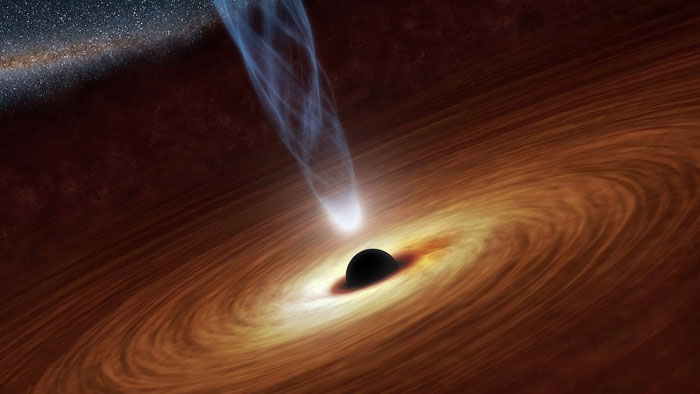 You could theoretically turn anything into a black hole.

If you shrunk our Sun down to a size of only 3.7 miles (6 km) across, for example, then you would have compressed all of the mass in our sun down to an incredibly small space, making it extremely dense and also making a black hole. You could apply the same theory to Earth or to your own body.

But in reality, we only know of one way that can produce a black hole: the gravitational collapse of an extremely massive star that’s 20 to 30 times more massive than our Sun.